POLK CITY, Fla. - On one of the coldest nights of the year, a dog was left tied to a fence overnight on a property in rural Polk City.

Nichole Combee took a photo of the dog after it climbed up onto the fence because the ground was so frigid. After snapping the picture, she took the dog home.

"She was shaking the entire time, from the moment she was brought in," said Combee, who was horrified when she found the dog, covered in mange.

The name Princess and the words "take care of me" were printed in black magic marker on the dog's collar. 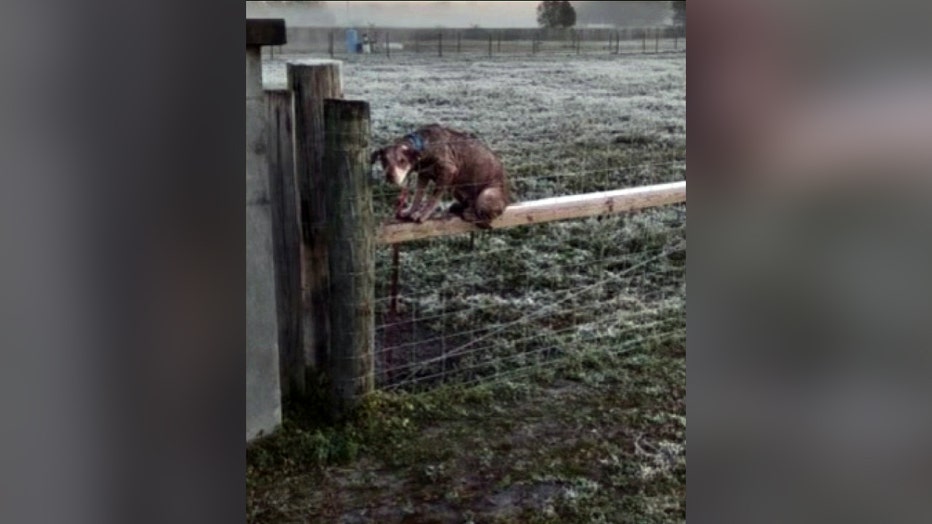 "I think it is awful," Combee told FOX 13. "I don’t know how you could do that to any animal, especially something so forgiving and loving."

When Nichole took Princess to the veterinarian, she discovered mange was not her only problem. The dog’s temperature was 104 degrees and she had worms.

Princess is now at Polk County Animal Control where she is being treated. After she has been spayed, vaccinated and is fully recovered, Combee is going to adopt her. 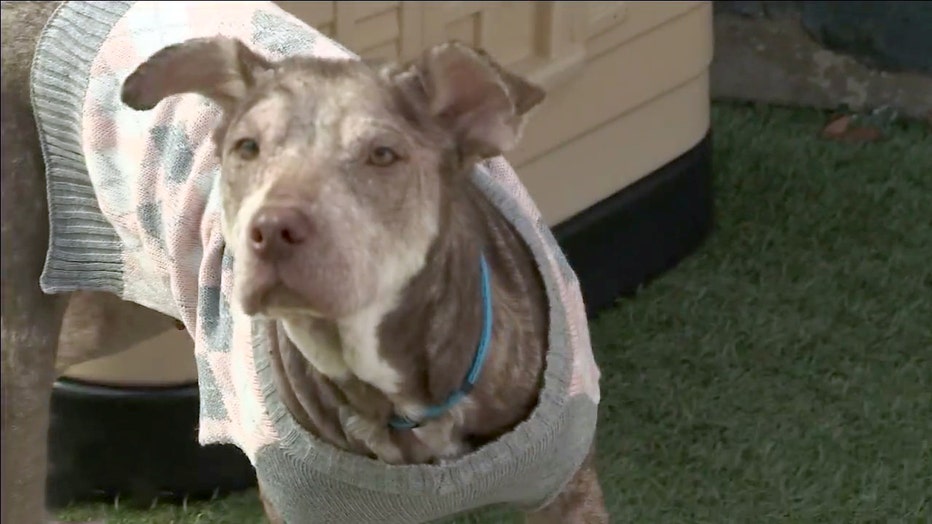 But that may not be the end of the story.

The incident has a lot of people outraged. Princess’s Facebook page got more than 1,300 likes the first 48 hours it was posted.

Law enforcement is also not letting the person who tied Princess up, off the hook.

"We are investigating exactly what happened to get her in the situation she is in," said Alicia Mantautou, spokesperson for the Polk County Sheriff's Office.

So far, no one has been charged.