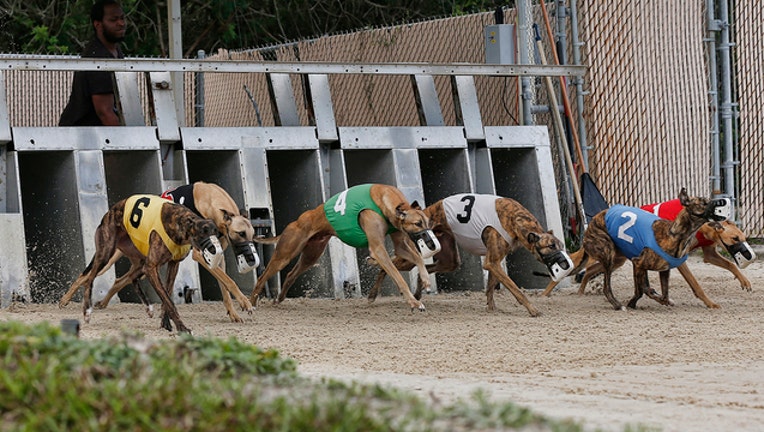 Support Working Animals Inc. and eight greyhound trainers, kennels, transporters and suppliers filed a federal lawsuit in West Palm Beach last week to overturn the ban. It alleges that the industry will lose businesses and income, along with their heritage and identity.

A rival group that supported the ban called the lawsuit "a slap in the face to every voter" and predicted it will be rejected.

A tentative date for a trial was set Tuesday for June 8 by U.S. District Judge Donald M. Middlebrooks.

Under the ban, all tracks must close by January 2021. The lawsuit was filed just under one year after 69% of Florida voters agreed to abolish greyhound racing.

The lawsuit alleges procedural problems with the amendment, which was brought to ballot through the Florida Constitutional Revision Commission rather than through Florida's Legislature. It said under the process that "the majority exercised its unlimited power over a minority group thereby forever depriving them of making a living by the use of their own property in an industry successfully regulated in the State of Florida for almost an entire century."

The lawsuit also alleges that the amendment "creates a mysterious new set of rights" for dogs, because it bans racing dogs but not other animals.

The president of the plaintiff's group, Jennifer Newcome, said the ban will directly affect 3,000 people in Florida and indirectly affect thousands more.

"Some of these people have never owned a greyhound but will be affected because their livelihoods depend on the greyhound people," she said. Newcome said she believes voters were misinformed about the treatment of greyhounds and the effect of the amendment.

The Committee to Protect Dogs, which supported the ban, raised about $3.4 million during the election, including more than $885,000 from the group Grey2K USA Worldwide, a political group that lobbies to end greyhound racing. That group predicted the lawsuit will fail.