Dog tag found after being left behind at Pearl Harbor bombing

John Hancock Thurmond was evacuated just before the bombs hit in Pearl Harbor. Another sailor saved his abandoned dog tag and it was recently returned to Thurmond's Pinellas County family.

OZONA, Fla. - A father who served at Pearl Harbor seems to have reached through time to make a special connection with his son in Pinellas County. The story spans an ocean and nearly 80 years.

In black-and-white photos, John Hancock Thurmond will always be a fresh-faced sailor who was sent overseas in 1941.

He passed away years ago, but his son wanted to keep his memory alive.

"I'd love to have something to remember him by, a pocket knife or something. I had nothing," said his son, John Thurmond, Jr., of Ozona.

He had nothing but his dad's story of Pearl Harbor.

"My father told me a story about how he had been evacuated with some higher-ups right before the Japanese bombed," Thurmond explained.

The bombs killed 1,200 men aboard the U.S.S. Arizona, but John Thurmond, Sr., who served as a pharmacist's mate, left the ship, and he left something else, too. 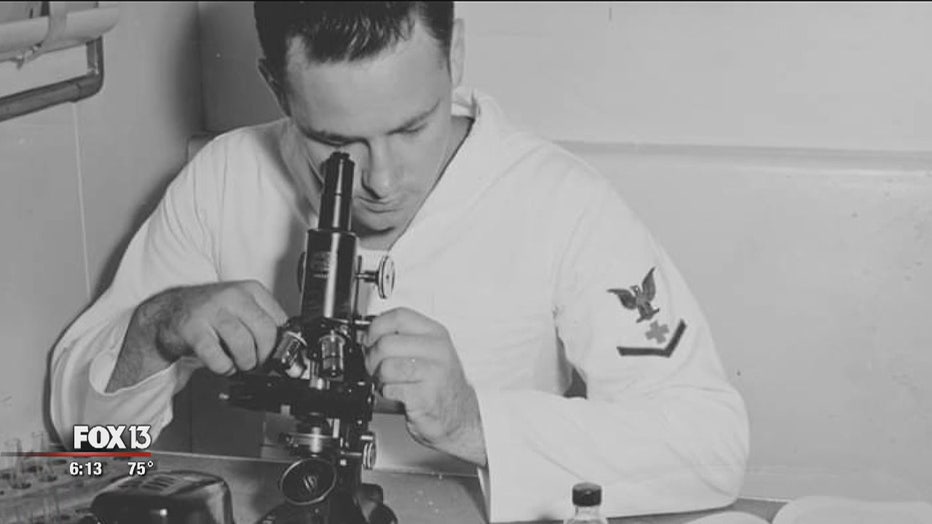 "I think, in his haste to get out of there, he left his dog tags behind and this other guy picked it up and he held onto it for 79 years," said Thurmond.

The other guy was Ray Mooney, who recently passed away. His son, who lives in California, tracked down Thurmond and called him to say he'd found his father's dog tags with his own father's belongings. 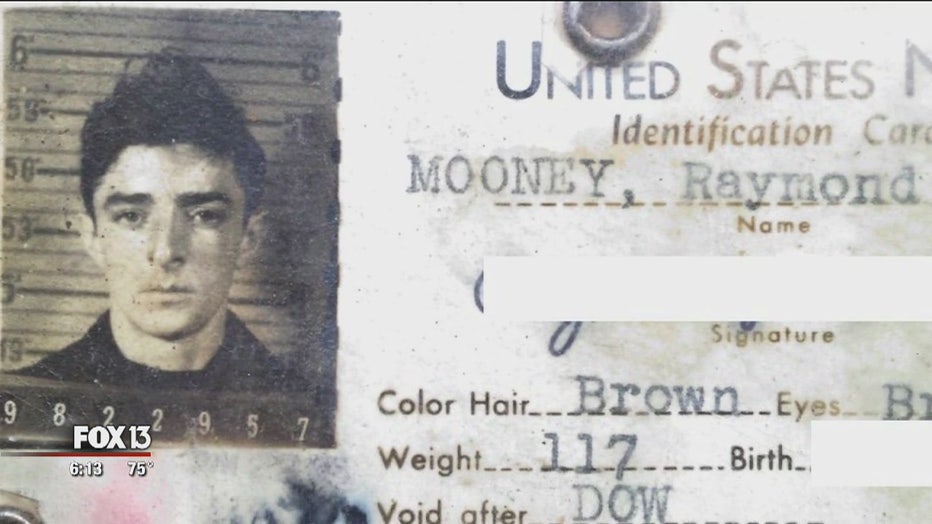 He carefully packed and mailed them to Thurmond.

"This thing is priceless to me," says Thurmond. "If I would lose this, I would die."

He said if his father hadn't left the Arizona when he did, "I wouldn't be here."

Now he has something of his father, just like he wished.

"I plan on wearing that dog tag for the rest of my life," he said. 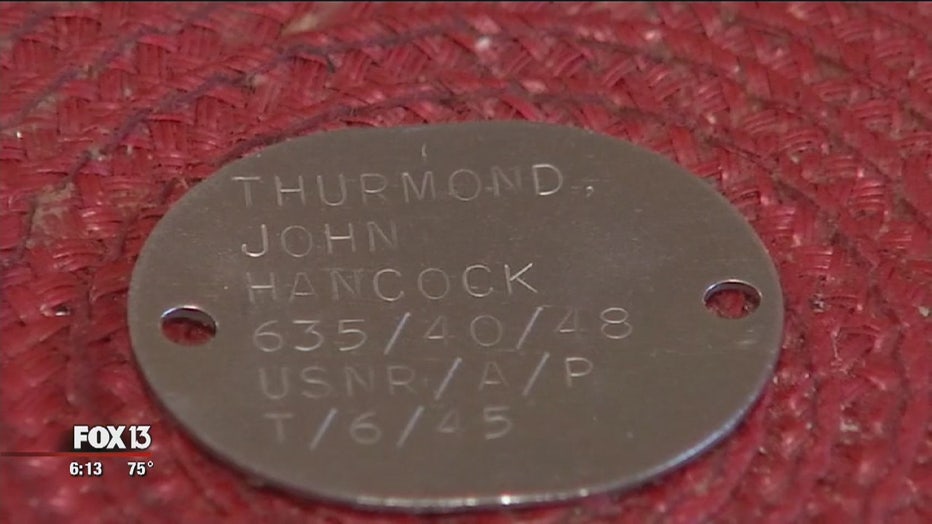