Pioneering dermatologist Dr. Fredric Brandt, an early proponent of Botox who was also an author, radio host and frequent television talk show guest, has died. He was 65.

Miami police spokeswoman Frederica Burden said Monday officers found Brandt's body at his home in the Coconut Grove section of Miami about 9:15 a.m. Sunday after a friend contacted them. Burden said Brandt apparently hanged himself and that foul play is not suspected. An autopsy is planned, however.

Brandt had offices in Coral Gables and New York and famous patients including singer Madonna. According to his publicists, he launched his Dr. Brandt Skin Care line in 2001 and wrote two successful skin care books.

In 2009, FOX 13's Dr. Jo met with Dr. Brandt and spoke at length with him. Today, she remembers the work he left behind:

I had the privilege to meet and interview Dr. Fredric Brandt at his Miami office in 2009.

Dr. Brandt, once called the "Botox Baron," was conducting a clinical trial evaluating a topical form of botulinum toxin. Dr. Brandt was best known as a dermatologist to some of the biggest celebrities in Hollywood and on the pop charts.

You may have also seen some of his beauty products (Pores No More is my favorite) online and in retail stores worldwide.

As a doctor, I was most impressed with Dr. Brandt's passion and love of medicine. That was best exemplified by his behind-the-scenes work testing new drugs and therapies. He will be missed.

Information from The Associated Press was used in this report. 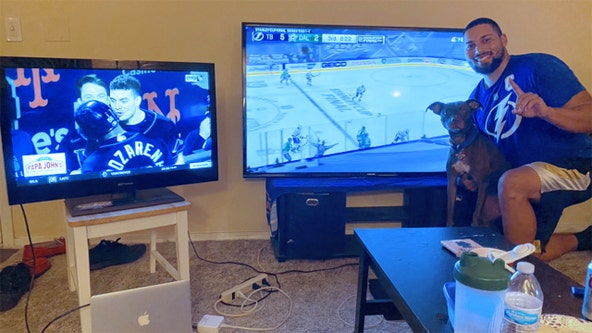