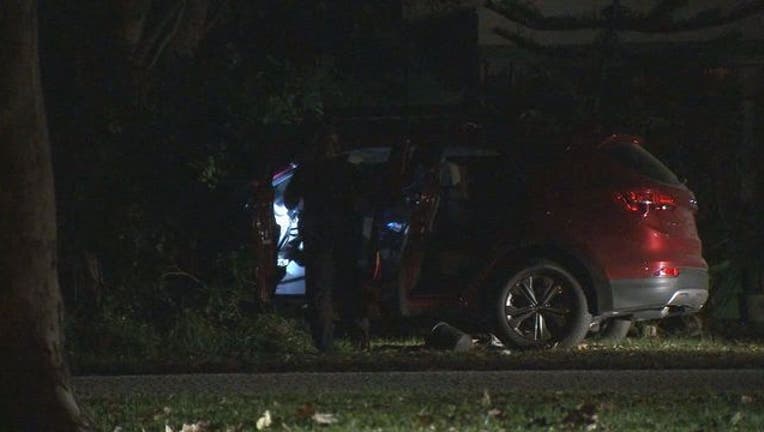 ST. PETERSBURG (FOX 13) -  A drive-by shooting in South St. Petersburg led to a police chase that ended in Gulfport when the suspects crashed their stolen SUV into a tree.

After the crash in front of 5140 Tangerine Blvd. South in Gulfport, the two male suspects fled from the vehicle on foot.

Officers attempted to locate them using K-9's, but were unsuccessful.

The only suspect descriptions are two black males in their late teens to early twenties. There is evidence in the stolen Hyundai SUV that a firearm had been inside at one time, but none was found.

At approximately 7:49 pm, the suspects in the stolen SUV drove by 1201 10th Avenue South in St. Petersburg where four men were sitting on a porch.  One of the occupants in the Hyundai fired multiple rounds at the men, striking a 19-year old in the leg.  He was taken to the hospital by friends. His condition is not considered life threatening.