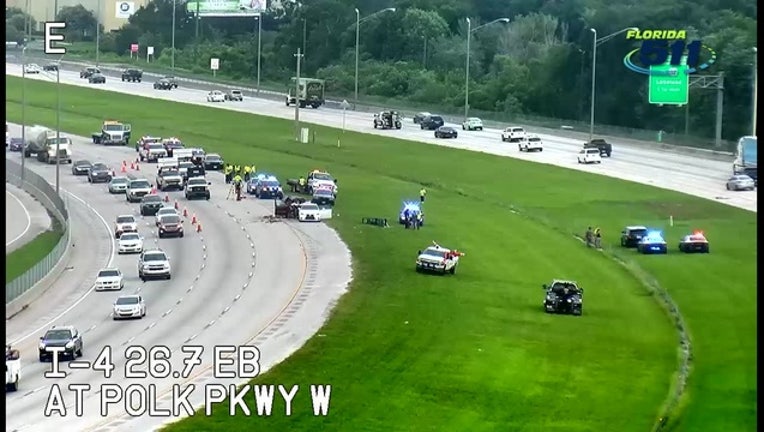 LAKELAND, Fla. (FOX 13) - One person was killed after the car they were driving struck a road ranger truck that was assisting a vehicle along Interstate 4 in Polk County.

Florida Highway Patrol troopers said the crash happened around 5 p.m. Monday near mile marker 26. According to investigators, a road ranger with the Florida Department of Transportation set up traffic cones along I-4 and was parked behind a car that had a flat tire.

The driver died at the scene, and his passenger was transported to a local hospital with serious injuries. The driver of the road ranger truck had minor injuries.

FHP has not identified the parties involved.