TARPON SPRINGS, Fla. - A bald eagle chick was saved, rehabilitated, and re-nested after being attacked by a great horned owl on Anclote Key, thanks to the work of volunteers with the Audobon Center for Birds of Prey and the Raptor Center of Tampa Bay.

Nancy Murrah, the president of the Raptor Center of Tampa Bay, said her organization was called February 3 after an eagle nest fell from its perch on Anclote Key.

Staff from Honeymoon Island went to rescue the fallen chicks, but one had already been killed by the owl. 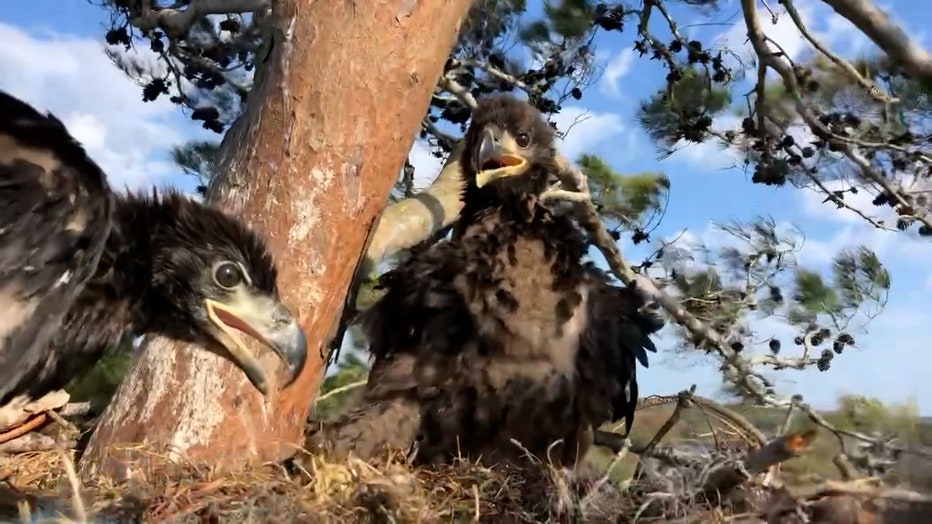 The other suffered injuries but was able to be rehabilitated at the Raptor Center and the Audobon Center for Birds of Prey, which specializes in bald eagles.

Less than two weeks later, the eaglet was well enough to be placed in a foster nest in Tarpon Springs.