Earth Fare is another smaller grocery chain that announced its closing its doors, that includes the locations within Tampa Bay.

OLDSMAR, Fla. - The lights are still on at four Tampa Bay-area Earth Fare locations, but not for much longer.

The natural, organic supermarket announced Monday it plans to close all of its stores. The move comes as part of a larger grocery chain shakeup across a Publix-dominated central Florida.

Earth Fare said it is kicking off liquidation sales as it tries to sell off assets. There are 3,000 employees slated to lose their jobs.

Locally, there are locations in Oldsmar, Seminole, Lutz and Lakewood Ranch. The announcement came just days after news that Publix and Aldi may purchase nearly a dozen closing Lucky's Market stores in Florida. 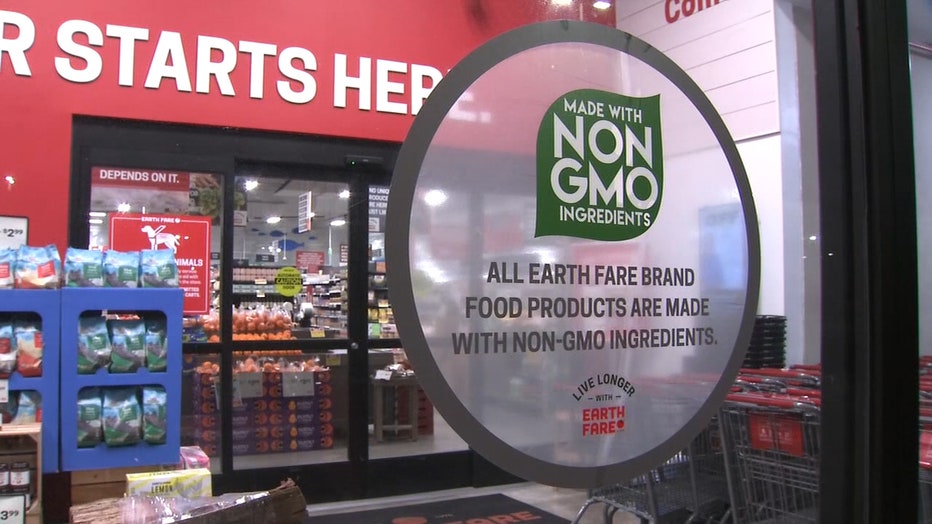 Lucky's Market also happens to be a niche organic grocery store. The chain announced in late January that it would be pulling out of Florida. The decision came after the grocery giant Kroger divested in the chain late last year.

According to its investment report, Kroger was not seeing the kind of return it hoped for. There are currently two Lucky's Market locations in the Tampa Bay area -- one in Saint Pete, the other in Sarasota. Both will close by February 12. There is currently no closing date announced for the local Earth Fare stores.

The North Carolina-based company cited continued challenges in the retail industry that kept the chain from financial growth as well as its ability to refinance its debt.