LUTZ, Fla. - It's been 30 years since parts of the Bay Area transformed into a Hollywood movie set for the filming of what's now an iconic piece of cinematic history: 'Edward Scissorhands.'

A baby-faced Johnny Depp was the star in the title role and now-infamous director Tim Burton was behind the camera. Burton chose a Tampa-based casting director to fill the scenes with extras.

"It was really at the beginning of my career," said casting director Rose Rosen said. "[Burton] was just getting big then. He had just gotten done with 'Batman,' so he wasn't quite the name-brand that he is today. But it was a big deal, obviously. It was a big-budget, huge movie." 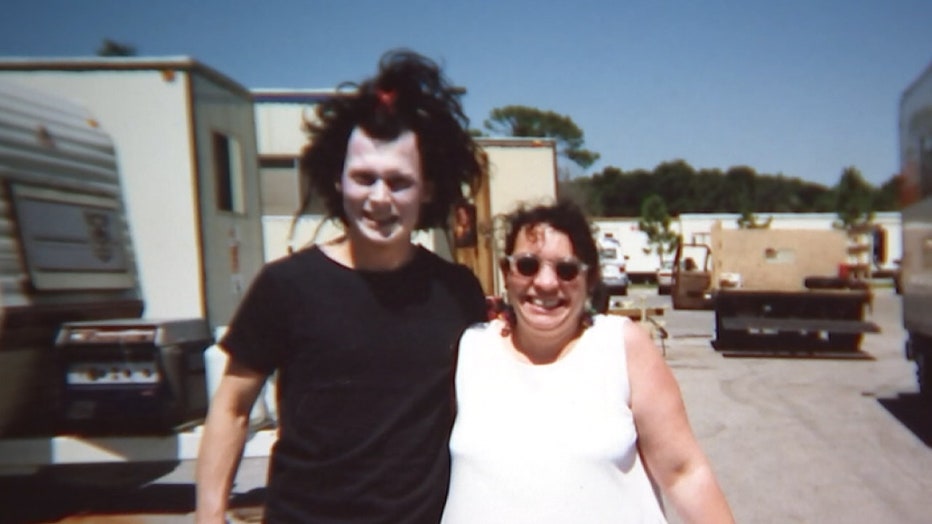 It was the summer of 1990 when Tinseltown came to Tinsmith Circle in Lutz. On that street, and in the neighborhood of Carpenter's Run, Burton had several homes painted in 1960s pastel colors.

"He got the whole neighborhood, Carpenter's Run, pretty much, and was able to repaint it and make it 'Edward Scissor-land,' if you will," Rosen recalled.

Kathy Lockwood, who still lives in the area and works at the University of Tampa, was cast by Rosen and was on the set almost daily during filming.

"I think it was just kind of a generic, "Springfield, USA," type of a place," Lockwood said, walking down Tinsmith while speaking with FOX 13. "I'm walking along and I'm thinking, 'I'm walking through this world that right now we're creating, but at some point, it's going to be out there. People are going to be fans of it and it's just cool to think that I'm here in this world." 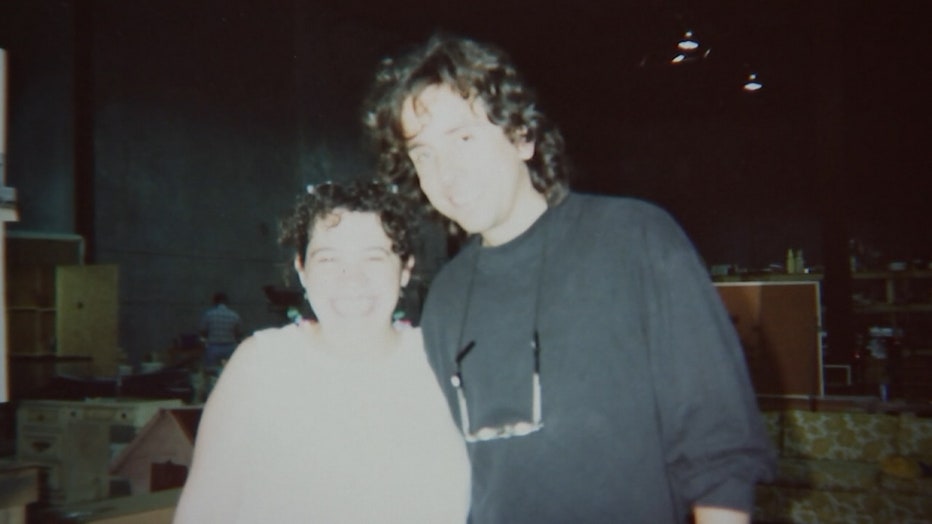 Lockwood is amazed at how different things look after three decades; the bright colors that once covered the homes have been replaced by earth tones.

"It looks more like a real neighborhood now. Back then, it looked like a set because it was so brand new," she said.

The home used as Edward Scissorhands' house is now owned by Sue Linville, but was owned in the movie by the Boggs family.

"This was the Avon lady's house," Linville said. "My favorite thing to say, however, is, 'Johnny Depp's been to my house.'" 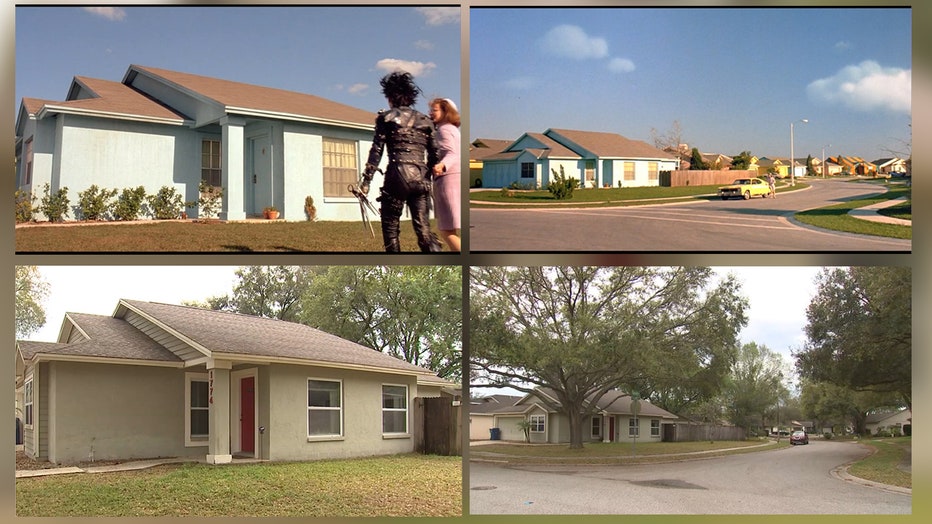 She still gets a kick out of the memorable backyard scenes.

"There were a lot of scenes that took place in the backyard. They did the haircuts back here, of course. The tree trimming was done and of course, the famous ice dance that Wynona did," said Linville. "For the community of Lutz, it's a big deal that the movie was made in this area and also the fact that there's a sense of pride in that."

One of the most memorable sets was the castle on the hill, which was actually built on a farm in Dade City and then added into the neighborhood using special effects.

The castle was torn down after filming and, 30 years later, is now a grassy crater that's home to farm animals. 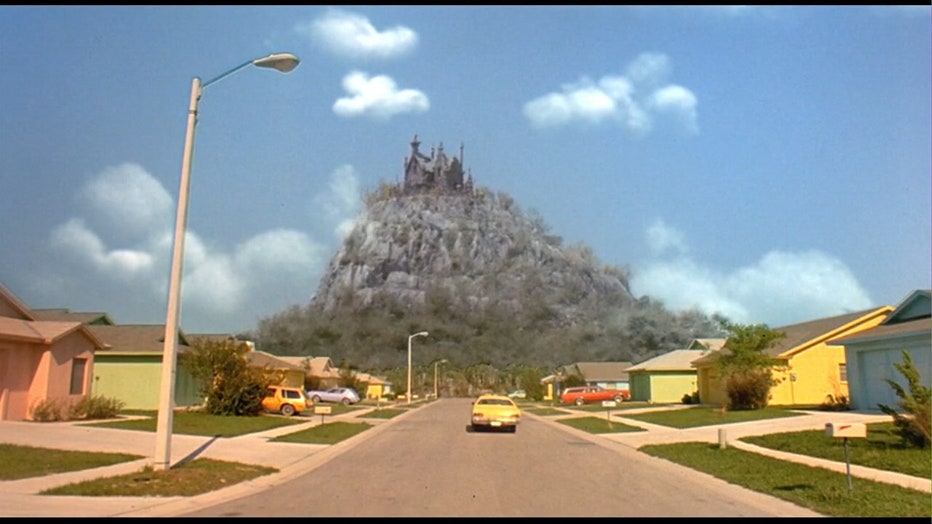 While most of the filming locations have changed or are long gone, a few remain almost untouched, including the large vault in front of which Edward Scissorhands applied for a bank loan. To this day, that vault is located in the management officers of Rivergate Tower in downtown Tampa, which some call the Sykes building.

Another filming location that has hardly changed is the Southgate shopping center in Lakeland, which Burton chose because of its retro look and was the site of a hair salon in the movie. 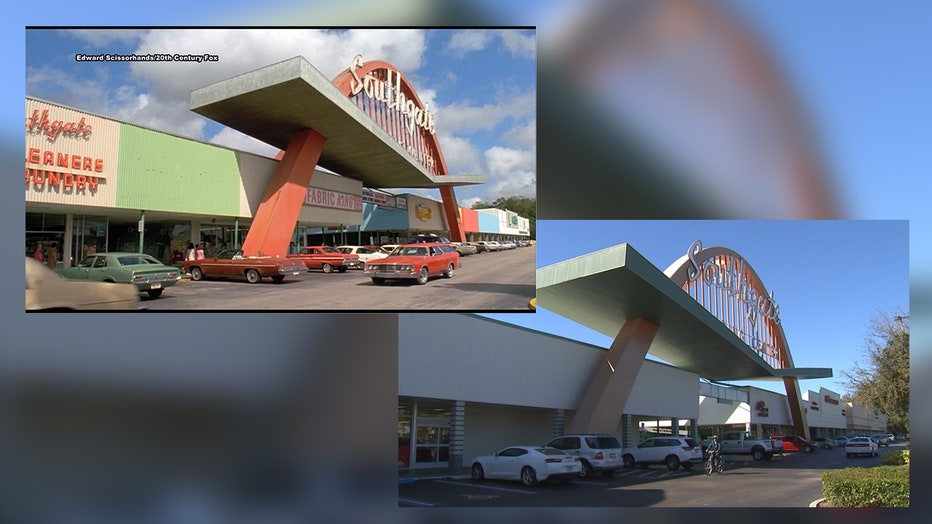 "Any time you watch Edward Scissorhands, I can see where I'm at. I can see where my store is at," said Faye Doppelheuer, who used to own a business across from the shopping center before moving into Southgate in 1998. "Almost weekly, we have someone in our center that wants to know, 'Where was the movie filmed? Where was the beauty shop located?'"

All these years later, what still stands out is the movie's message, straight from the director's heart.

"I think this is a very personal movie for Tim," Rosen said. "I think it told his personal story of growing up in the suburbs and being ostracized for his creativity and his uniqueness." 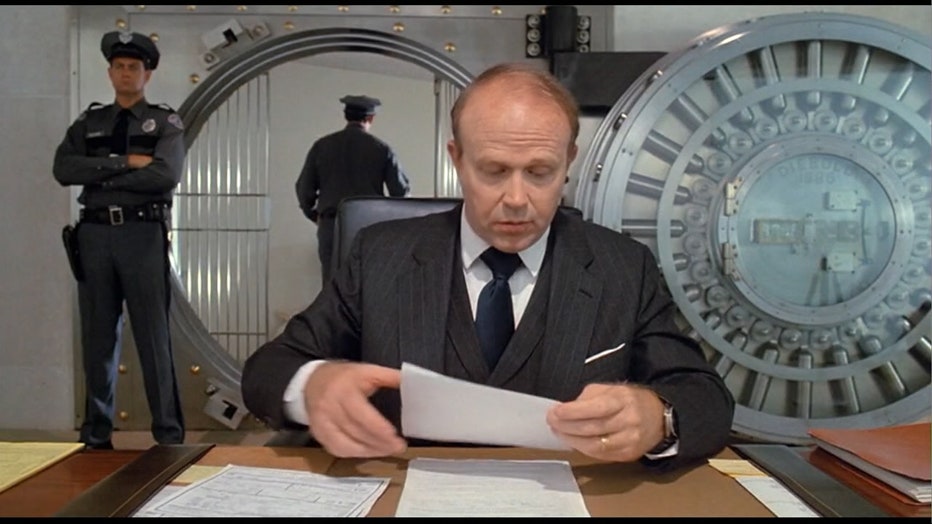