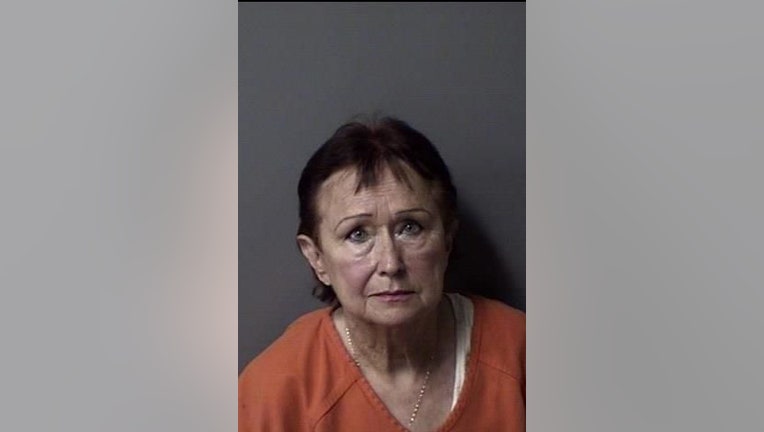 Citrus County investigators arrested 75-year-old Carol Kolberg on Monday. The incident occurred back on the Fourth of July when the victim's family was setting off fireworks outside their home in the area of West Rolling View Place and West Southern Street in Lecanto, the parents told detectives.

Around 9 p.m., the child fell to the ground screaming and relatives noticed the victim was bleeding, according to the sheriff's office.

When deputies arrived, first responders were already treating the child's wound in the abdomen. The young victim was taken to a hospital where medical staff confirmed the victim had a gunshot wound, and the projectile was still in his body.

During the investigation, detectives learned there have been multiple complaints where Kolberg was regularly seen discharging weapons in the neighborhood. They said two neighbors reported their homes were struck by projectiles in the months leading to the Fourth of July incident.

Citrus County detectives obtained a search warrant for Kolberg's home, where several firearms were seized and sent to a Florida Department of Law Enforcement lab for ballistic testing. Rounds fired through one of the firearms matched the projectile recovered from the child.

Kolberg was arrested on an aggravated battery with a firearm charge and for shooting into an occupied dwelling.

"The ownership and use of firearms comes with great responsibility. It should be the first priority of every gun owner to handle their weapon with every safety protocol in mind," said Sheriff Mike Prendergast in a statement. "It has become apparent throughout this investigation that Carol Kolber ignored this responsibility and instead abused her second amendment rights, endangering her entire neighborhood. Detective Ramos worked diligently to give this child, and their family, the justice they deserve."