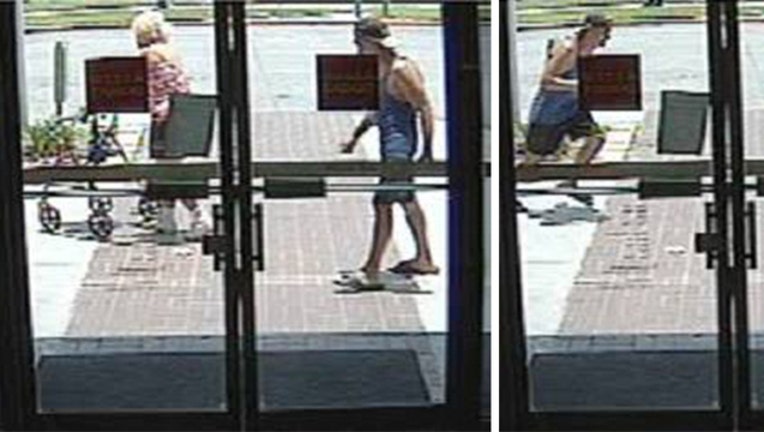 On June 12, the victim was at the Wells Fargo Bank on U.S. Highway 19 around 1 p.m. The suspect was seen in surveillance video approaching the woman, who was using a walker, outside of the bank, and then running in the opposite direction. Police did not say if any of the victim's property was stolen, or if she was injured.

Police said the suspect is described as a white male, in his mid-30s, thin build, and between 5’9 to 5’10 feet tall. He was seen wearing a blue tank top, black shorts and a black and white baseball style hat.