Elton John now has his very own Barbie doll.

Elton John has announced the final dates for his farewell tour, which includes stops at big stadiums in the U.S.

"Elton John Farewell Yellow Brick Road: The Final Tour" will visit Frankfurt, Germany, on May 27, 2022 and will make several stops throughout Europe, including Milan, Liverpool and Paris.

John also announced dates in North America, kicking off those shows on July 15, 2022, at Citizens Bank Park in Philadelphia. 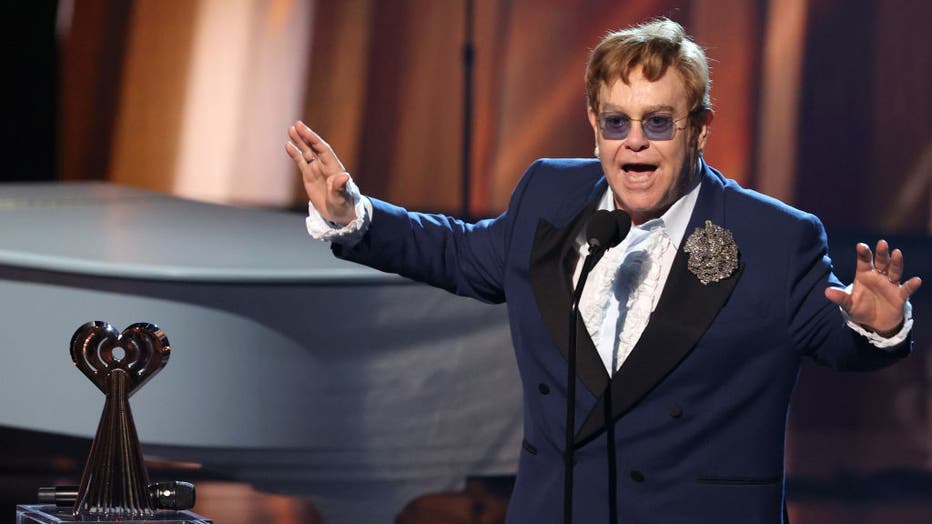 LOS ANGELES, CALIFORNIA - MAY 27: Honoree Elton John accepts the iHeartRadio Icon Award onstage at the 2021 iHeartRadio Music Awards at The Dolby Theatre in Los Angeles, California, which was broadcast live on FOX on May 27, 2021. (Photo by Kevin Win

He will wrap the North American trek with two shows at Dodger Stadium in Los Angeles on November 19 and 20, 2022.

In 2023 he will play in New Zealand and Australia before wrapping up the tour, which began in 2018.