Eric Piburn was a young man who touched so many lives in the Bay Area. He made his introduction on Good Day back in 2017. He has been in and out of the hospital since he was born, but it never slowed him down. Eric's love for presents turned him into a 'Kindess Warrior.' He passed away on Wednesday, Dec. 8 at the age of 14.

WESLEY CHAPEL, Fla. - He endured multiple open-heart surgeries and spent much of his young life in the hospital. But Eric Piburn never stopped trying to improve the lives of those around the Tampa Bay area – especially children.

The 14-year-old, known for his big smile and acts of kindness, passed away Wednesday in hospice care.

Eric’s health problems began before he was even born, when he was diagnosed with a heart defect called Tetralogy of Fallot.

"The first doctor told us to terminate his pregnancy. It was hard," his mother Randi Piburn, told FOX 13 back in 2015. 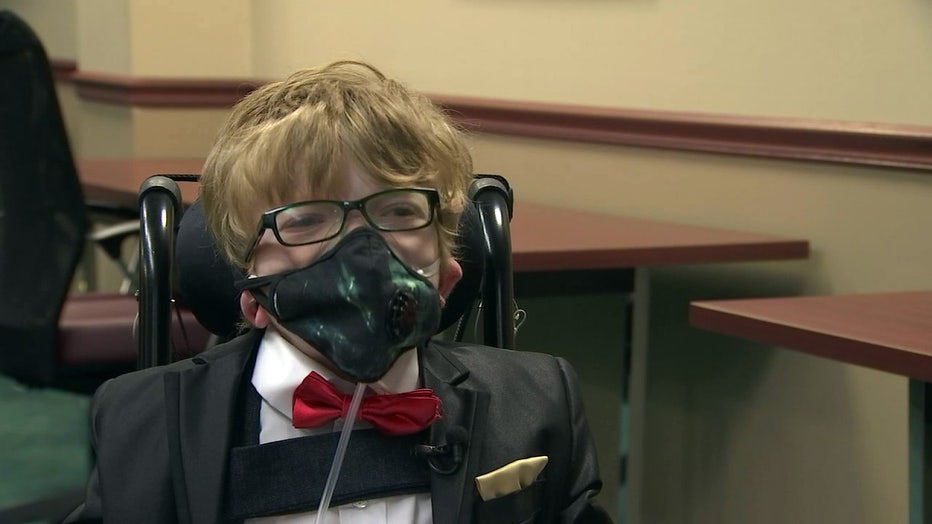 Eric, being named an honorary officer cadet in 2019.

From there, things didn't get easier for Eric. He spent 10 of the first 12 months of his life in the hospital. He also went through three open-heart surgeries and doctors weren't sure he'd survive.

"Each surgery was really tricky," Randi continued. "There were many times where he had the full staff sitting around the bed and not sure if he was going to make it through the night."

Eric survived but was never fully in the clear. He later needed a fourth open-heart surgery and nearly died 10 or so other times, including once when he had a seizure at the family's home.

From 2019: Meet the young Kindness Warrior

His parents, both trained as nurses, were able to perform CPR and save him.

Through it all, Eric never let his illness get him down. He made it his mission to improve the lives of others, especially other children with medical challenges. 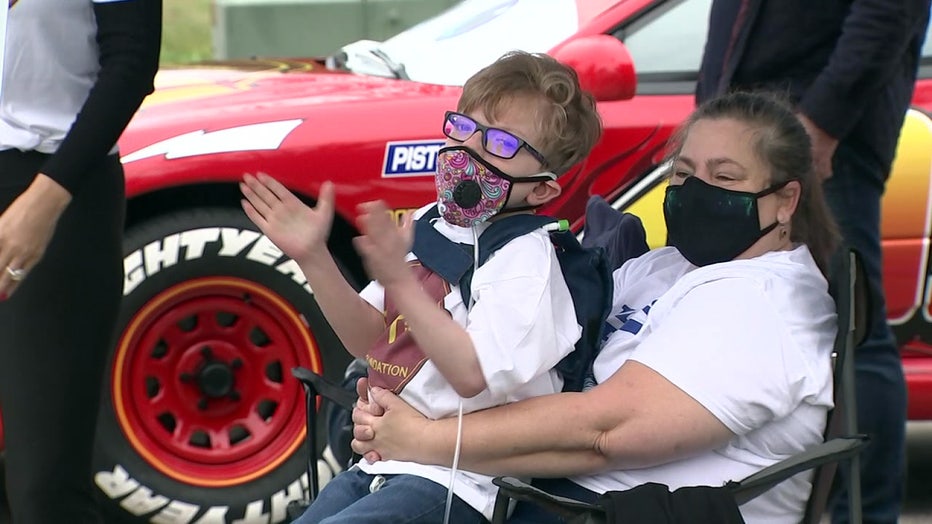 Eric, seen at his birthday celebration in January.

"I want to do acts of kindness because most kids, sometimes like me, end up in the hospital and they don't have anything to keep them entertained until they go home," Eric explained in 2019. "I want to give them acts of kindness so they can keep some stuff and when they get home they can have fun and hopefully not go in the hospital all the time."

Eric started a Facebook page, challenging himself to perform random acts of kindness all over town.

"So far, we've given cookies to cops, or donuts... can't remember which one," he continued. "We gave flowers to nurses and also cops and we also gave food and presents to kids."

He also led toy drives to make sure hospitals were stocked with plenty of things to keep pediatric patients entertained.

"When they give toys out to me, it feels good. But when I give out toys to them, it gets me warm and tingly," Eric said during a visit on Good Day Tampa Bay. "You can never too many warm-and-tinglies."

His family is raising money for his outstanding medical bills, though his legacy will live on through the foundation that bears his name.

Anyone who wants to bring a letter for Eric may do so to Segal Funeral Home, 3909 Henderson Blvd, Tampa, FL 33629, before Saturday. The family asks for two copies, one with "Eric" written on the envelope and the other with "Family." They ask letters not be mailed.

Funeral arrangements are still being finalized.