MIAMI, Fla. - Brian Wood's brand of cat and mouse is only as tough as the iguanas make it.

"When they see me, typically they are going to run away," he said. "I can hide behind a tree if an iguana is there."

Wood's iguana-trapping business in South Florida has only grown more green, from 30 contracts a few years ago, to 300.

"Sometimes I wonder [who is smarter]," he said. "Every time, I am happy when I catch one, though."

He has been hired by public utilities, housing complexes and even celebrities to rid their properties of iguanas.

"I took a hundred out of P Daddy Combs' house in a year," he said. "They are causing some major damage." 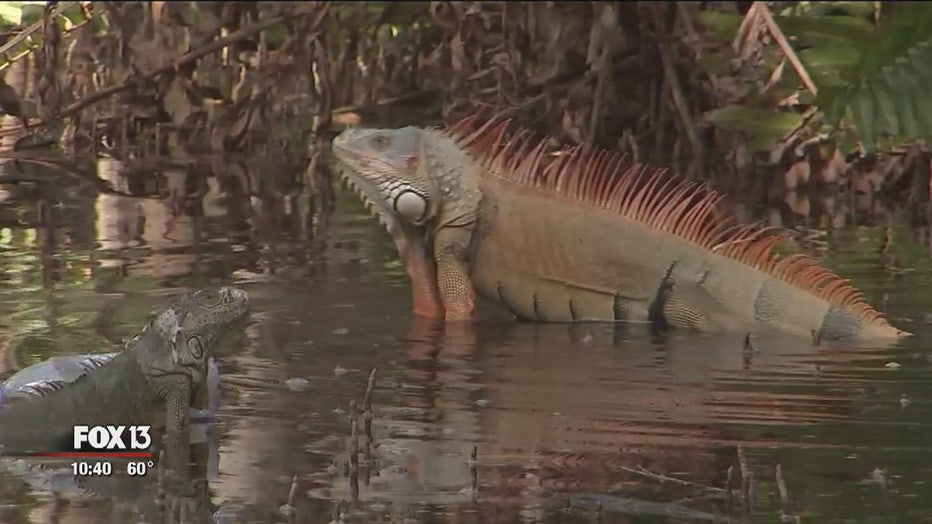 In Broward County, he showed where their digging has led crews to repair the bed under Interstate 95. Housing complexes are working to keep retention ponds, flower beds, and gardens intact.

"They are eating up Miami," he said. "They are adapting to the weather here."

That, experts say, is the problem. While they were brought to Florida from Central America, the fear is that the warming climate will bring them further north into Tampa Bay.

The FWC wants homeowners to have them removed whenever possible.

"They have to be controlled," said University of Florida professor William Kern. "Because they are an unprotected exotic species, they have no protections like our native wildlife has."

He says there are few natural predators for the animals that are 6 feet long and weigh as much as 30 pounds. 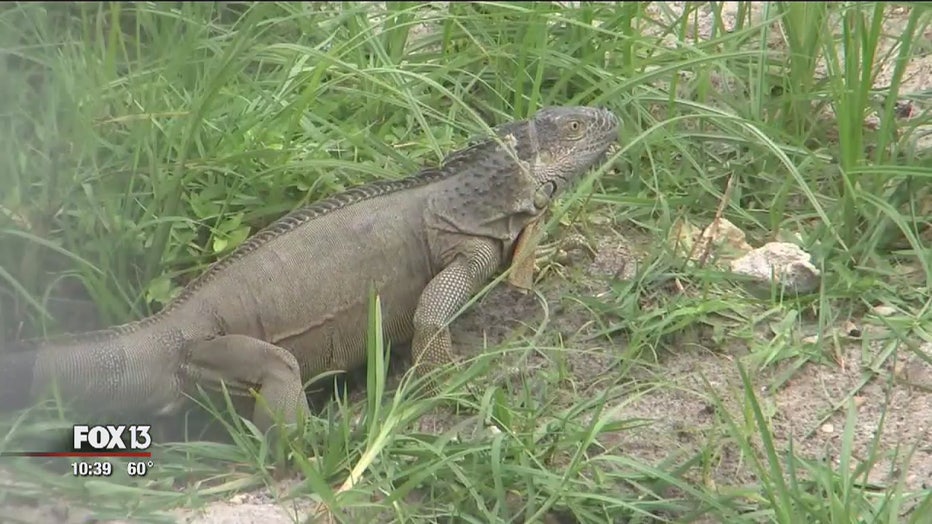 That is, except for people.

Wood says state law should allow for the selling of processed iguanas. For now, you can only sell them whole. He argues it should easier to sell and market them as food.

"The only way is to make it useful, make it worth something to where people want to go out and hunt them."

"They are eating up Miami," he said. "They are adapting to the weather here."

For now, though, the wrestling matches will continue.

"You can actually patch a hole, and they will come out and dig it out the next day," added Wood.

While they aren't native to Florida, they are certainly making themselves right at home.