ATLANTA - At two, Charlotte Armstrong of Snellville, Georgia, is pushing through treatment for stage 3 Wilms tumor, a rare kidney cancer.

The toddler was diagnosed in May after one of her teachers noticed a mass in Charlotte's side. 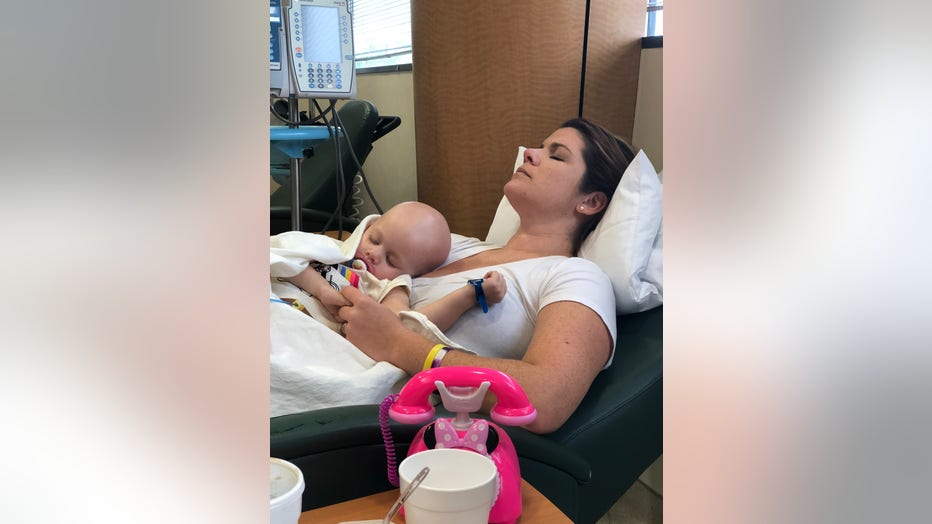 Facing a critical and sudden shortage of the pediatric chemotherapy drug vincristine, doctors are rationing their supplies, and parents are worried. Charlotte Armstrong, who turned 2 in September, received a much lower dose of the drug during her rec

Charlotte underwent surgery at Children's Healthcare of Atlanta to remove her right kidney and a large mass in her abdomen.

After 7 days of radiation, she began chemotherapy at the Aflac Cancer and Blood Disorders Center at Children's Healthcare of Atlanta.

But, suddenly, Greg and Katie Armstrong have a new worry. 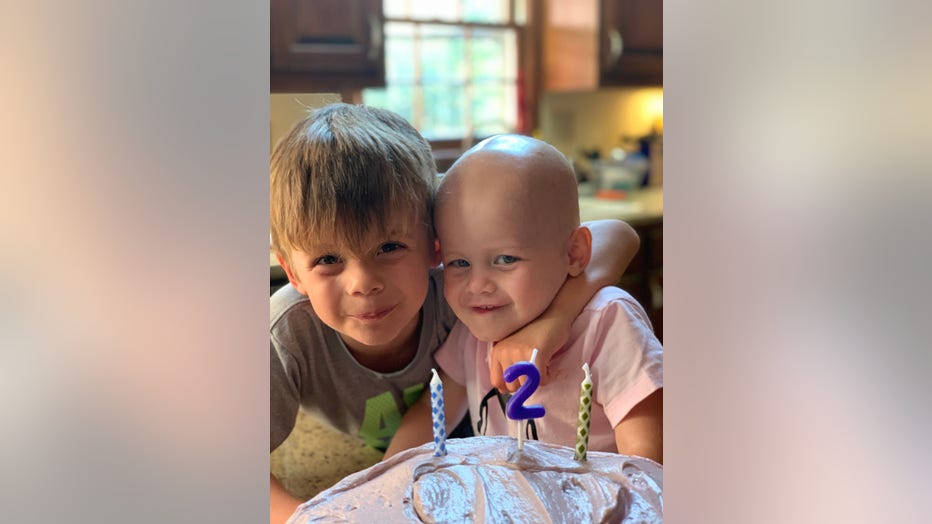 Facing a nationwide shortage of the chemotherapy drug vincristine, Charlotte Armstrong's parents believe she will be okay. But they worry about thousands of other children whose treatment hangs in the balance. (Armstrong family photo)

When they took Charlotte for her infusion on Wednesday, doctors told them Charlotte would not be able to receive her full dose of the chemo drug vincristine, because of a critical nationwide shortage of the cancer drug.

Instead of her usual dose, Greg says, Charlotte received "a fraction" of the recommended dose.

Greg says their cancer doctors were visibly upset; some, he says, had tears in their eyes.

"I felt bad that the doctors that were telling us this. We weren't the only family they had to talk to that day."

"I felt bad that the doctors that were telling us this," Armstrong says.  "We weren't the only family they had to talk to that day."

How in the world did we get to the point my kid can't get her cancer medication?

Until this summer, vincristine, a staple in treating leukemia, lymphoma, and other cancers and blood disorders, was made by two companies, Pfizer and Teva Pharmaceutical Industries. 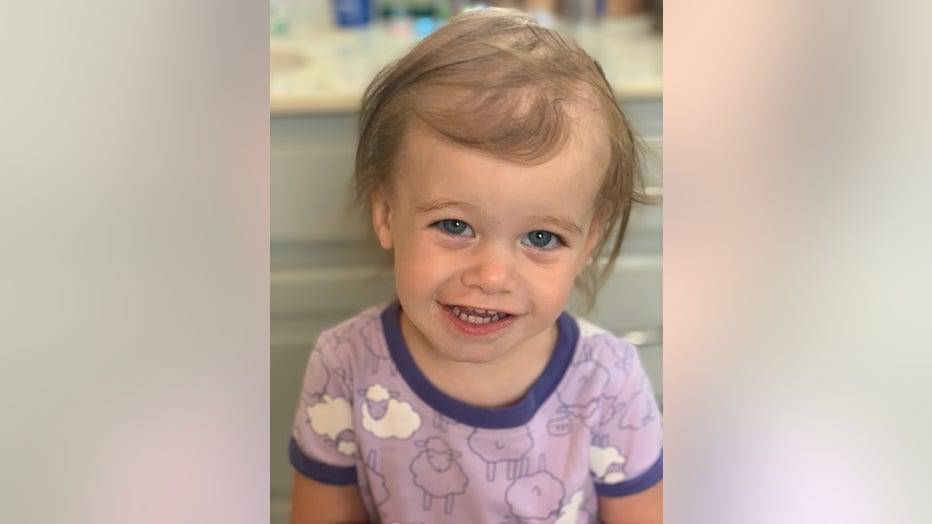 In July Teva chose to discontinue the drug.

Since then, Pfizer, trying to ramp up production to make up for the supply gap, has struggled with manufacturing delays.

"The fact that she didn't get the entire dosage, it freaks you out a little bit. You don't want to be in that situation."

The Food and Drug Administration says the vincristine shortage could last through December, maybe into January of 2020.

Charlotte Armstrong is on the tail-end of her treated.  She only needs two more infusions, spaced 3 weeks apart. 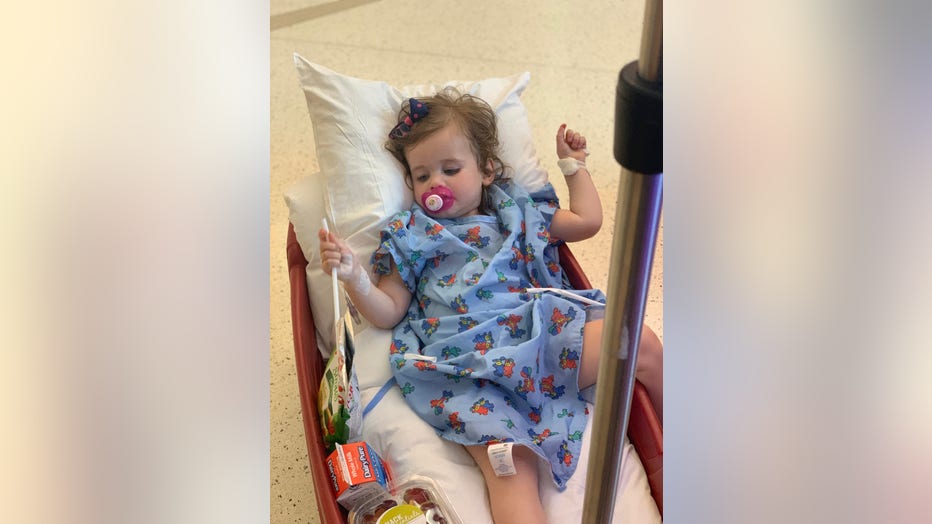 Greg Armstrong says doctors assured them Charlotte would be okay.

"But all we could think about was the kids that would be coming in the door that day, that would be diagnosed, and would they have enough medication," he says.  "It just blew us away."

"Essentially they had to come up with a protocol to ration children's cancer medication. It was completely out of their control."

In a written statement Children's Healthcare of Atlanta says, "The Aflac Cancer and Blood Disorders Center of Children’s Healthcare of Atlanta is affected and currently monitoring supplies of the chemotherapy product. We share our families’ concerns, and we are committed to doing anything possible to lessen the impact on our kids."

The nation's largest pediatric hospital system says its clinical and pharmacy teams are working to pool supplies, evaluate allotment and determine the best course of action for each of their patients. 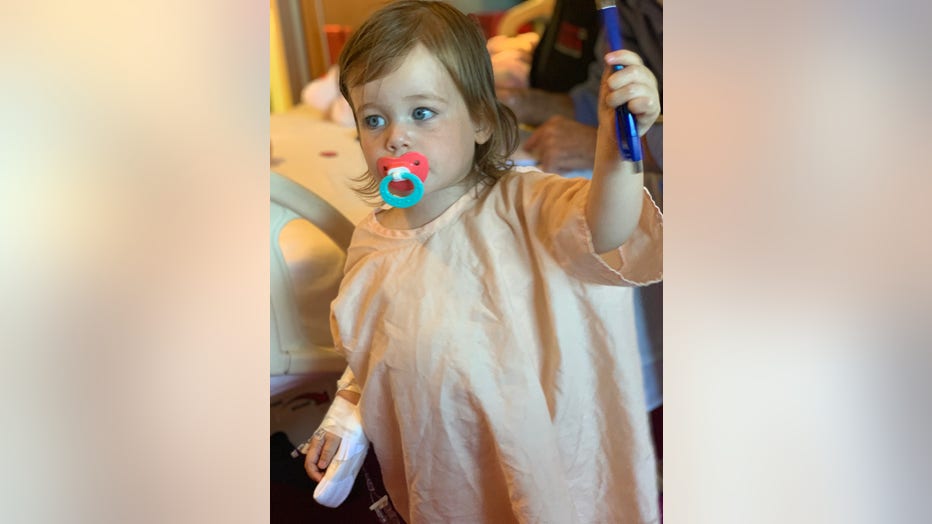 This is our highest clinical priority," the statement reads.

Greg and Katie Armstrong do not blame Charlotte's doctors.

"Essentially they had to come up with a protocol to ration children's cancer medication," Greg Armstrong says."It was completely out of their control."

"We shouldn't even be talking about this, in this country, this is a great country.  But, how in the world did we get to the point that my kid can't get her cancer medication?"

Armstrong feels more could have been done to head off a shortage of this critically-needed drug.

"How those companies, how our healthcare system, how the FDA did not step in immediately and say, 'We've got to find it from somewhere else, get it from other countries,'" Armstrong says. "I don't care.  This is not a political thing. This is saving people's lives.  It's saving her life." 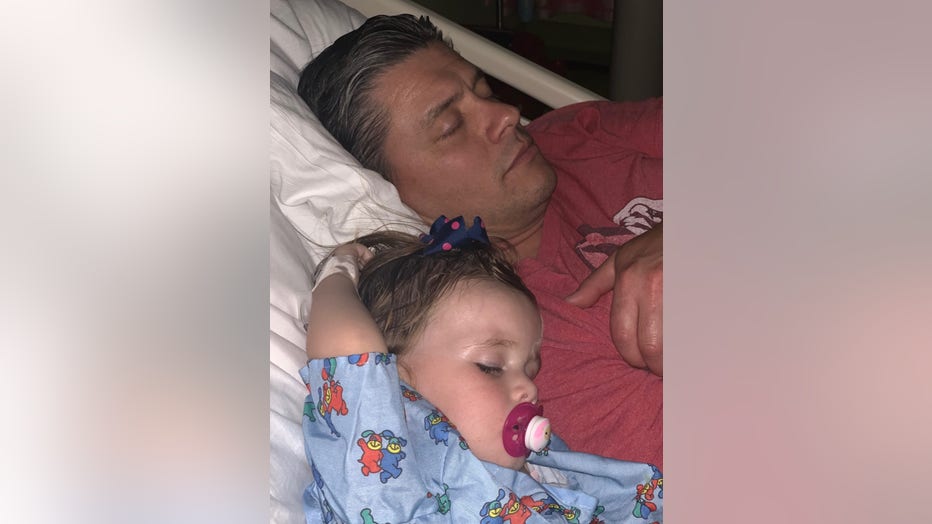 Charlotte and Greg Armstrong sleep during a hospital stay.

Armstrong says families of children with cancer have enough to worry about, without having to wonder if the drugs their child needs to survive won't be there when they need them.

"I shouldn't be talking to you," Greg Armstrong says.  "We shouldn't even be talking about this, in this country. This is a great country.  But how in the world did we get to the point that my kid can't get her cancer medication?"