TAMPA, Fla. - More than 40 people have been hospitalized and two have died in Hillsborough County this week after using synthetic marijuana, also called ‘spice,’ that appears to have been laced with some sort of poison, according to the Florida Poison Control Center.

The sister of one of those who died says her brother was a funny, energetic, loving 28-year-old whose family is devastated by his loss.

Mia Rivera says her brother, Hector Rivera, was part of the JROTC at Plant High School and was working in construction after he graduated in 2012.

"He always made everybody laugh, he was always being dorky and quirky," said Mia.

After using synthetic marijuana, also known as spice, which is sold at convenience stores around the Bay Area, a woman says she's had to have blood transfusions and is still in the hospital.

PREVIOUS: Medical marijuana user hospitalized after turning to synthetic 'spice' due to cost

Hector's sisters say he was treated last week at the hospital, not knowing he had ingested poison when he used synthetic marijuana, which is illegal but sold on the street.

After being treated, he used spice again. Hector’s girlfriend later found him on the floor, and he was taken back to the hospital.

He died on Sunday.

Hillsborough detectives are trying to determine who laced a batch of synthetic marijuana with rat poison. Dozens of people are hospitalized and 2 have died.

Rivera and Murray say Hector’s girlfriend is also in the hospital after consuming the poisonous spice.

"His girlfriend is also admitted at the hospital right now currently with internal bleeding as well.  She is the one who told us this place that she bought it from," said Murray and Rivera. 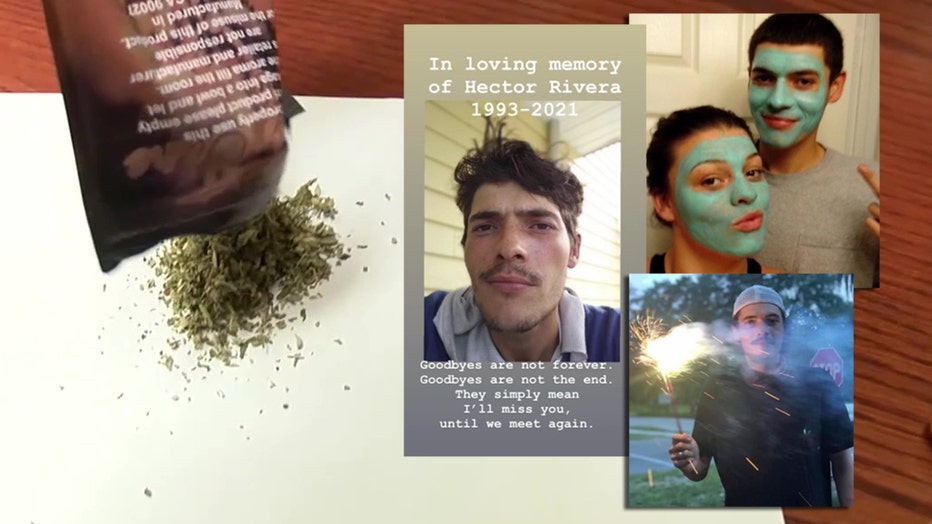 Local law enforcement says they are trying to get to the bottom of where the poisonous batch of spice is coming from.