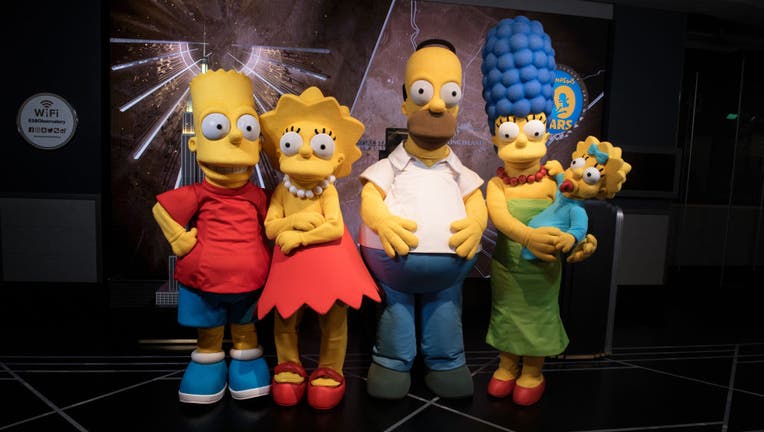 TORONTO - Being socially distant is changing the way we do things during the coronavirus pandemic, especially the way we spend all of our new-found free time.

When it came to Canadian author Joel A. Sutherland, he and his family recreated one of the most iconic opening sequences in TV history: "The Simpsons."

"Our kids were bored after four weeks of social isolation. My wife and I cleaned the basement and wondered what we should do with our old Simpsons Halloween costumes. One of these problems solved the other. The end result was this video," Sutherland wrote in the video’s caption on YouTube.

Sutherland said his family has been creating fun videos since going into isolation and he couldn't believe the reception his 'Simpsons' parody got.

"The best part has been seeing how much joy and happiness it has brought to people around the world at a time when we need that the most," Sutherland explained.

The animated version has been around since 1990. Though it has been reanimated over the years, it remains virtually unchanged.

Obviously, social distancing had rendered much of the sequence unsafe in the real world, so the family had to improvise a good bit of their version.

Instead of writing a sarcastic joke on a chalkboard at school, the kid in the Bart costume writes "I will social distance" on a small chalkboard at home. And in lieu of leaving on a skateboard, he leaves on a scooter and rides through his neighborhood.

Homer’s green glowing stick of uranium is replaced by a hot dog. Instead of throwing it out of his moving car, he chucked it out of his parked car.

Lisa’s band practice scene is practically unchanged. Everyone involved is just pretending to play instruments. Playing a recorder instead of a saxophone, Lisa is dismissed for performing a solo.

Rather than have Maggie scanned at an actual grocery store, the family holds her over a toy cash register and has her emerge from a shopping bag.

And instead of having Marge drive through Springfield with Maggie mimicking her every turn and honk of the horn, the family puts Maggie in the driver’s seat of a miniature Jeep with Marge pretending to drive.

Everyone arrives home at the same time. At this point, showrunners would insert their couch gag, which puts the family in a hilarious predicament just before the episode gets underway.

By this point, it’s obvious the Sutherland family has nailed it. But instead of going for a celebratory high-five, the socially distant family settles for an air-five as they sit on the couch.