The family was off the coast of Maui on April 1 when they were met by the majestic creatures.

LAHAINA, Hawaii - A family honoring their late grandmother by scattering her ashes at sea was met by a pod of dolphins and whales — adding to the beauty of the meaningful moment.

The family paddled out in kayaks from the coast of Maui on April 1 when they noticed a pod of dolphins swimming toward them, according to Storyful.

Soon after, a family of humpback whales approached.

Jon Spenser, the late woman’s grandson, brought a GoPro with him to capture the moment with their family and was able to record the majestic encounter happening below the water.

His footage shows several dolphins swimming in the deep blue Pacific Ocean, along with at least three whales. 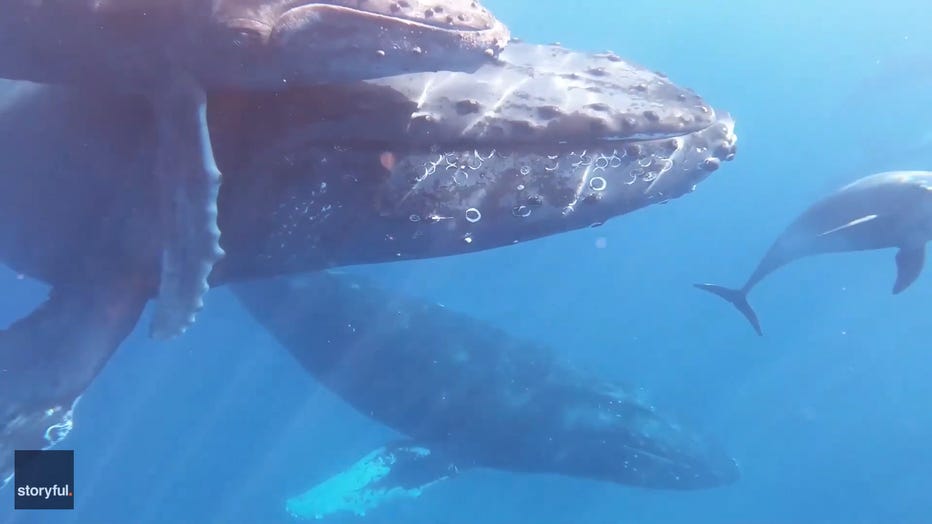 Footage shot by Jon Spenser off the coast of Maui shows a pod of dolphins and humpback whales swimming alongside the family’s kayaks. (Credit: Jon Spenser via Storyful)

At one point, the whales appear to be quite close to Spenser and the family’s kayaks.

“We encountered a pod of dolphins so I jumped in to film them. Then, I turned around and a family of humpbacks came to check me out – they did a complete circle around me,” Spenser told Storyful.