It has been six months since the service at the Lawrence E. Moon Funeral Home in Pontiac when the casket was lowered into the ground at Perry Mount Park Cemetery. And for six months now that Spenser Tillman has insisted - the body inside was not his dad.

FOX 2 -
It has been six months since the service at the Lawrence E. Moon Funeral Home in Pontiac when the casket was lowered into the ground at Perry Mount Park Cemetery.

And for six months now that Spenser Tillman has insisted - the body inside was not his dad.

"I'm just still in shock that something like this could happen and they haven't owned up to it," he said. "It wasn't our father, so at that point, you're in shock like - that's not our father. You keep telling them it's not our father and they're not listening."

Spenser says he and his siblings knew right away it wasn't 64-year-old Larry Tillman.

"We tried everything we could - I want people to know that," he said. "We did try to stop the funeral - we tried to warn them several times - this is not my father. They didn't listen - they're still not listening to this day."

But the Tillman family hopes they will listen now,after filing a lawsuit seeking $10 million in damages - and $75 million for malicious fraud, gross negligence, and intentional infliction of emotional distress.

"This is really not about the money - it's really about the emotional distress that Spenser, his family, his siblings have had to go through," said attorney Kamala Sessoms.

Sessoms represents Spenser Tillman - they are speaking via Zoom from Atlanta - where Spenser and his family live. She says her office has attempted to get answers repeatedly from Moon Funeral Home, but to no avail.

This happened in June and the investigation by Michigan's Licensing Board is still ongoing. Separately, Spenser says he had to contact the morgue himself, to get a photo, trying to prove the body at Moon Funeral Home was not Larry Tillman.

"He called - he emailed -he sent them the photos that the medical examiner's office sent to them - and they adamantly deny that there was any mix-up," Sessoms said.

"When I spoke to Moon himself the day after, when I had to get the morgue photo myself, he had the insensitivity to say to me, 'Doesn't he look better?'" Spenser said.

Which is why they say, they've been forced to file a federal lawsuit in search of answers. Who was in that casket? And where is Larry Tillman?

"We still don't know where my father is," he said.

The attorney for Moon Funeral Home did not return calls for comment but issued this statement over the summer saying - "The allegations are false, malicious, and not true. We investigated allegations and absolutely not true."

But Spenser Tillman and his attorney absolutely believe otherwise and say it might come down to petitioning the health department to have the remains exhumed and tested.

"There's absolutely no doubt that the person in that casket was not Larry Tillman - was not our father," Spenser said. 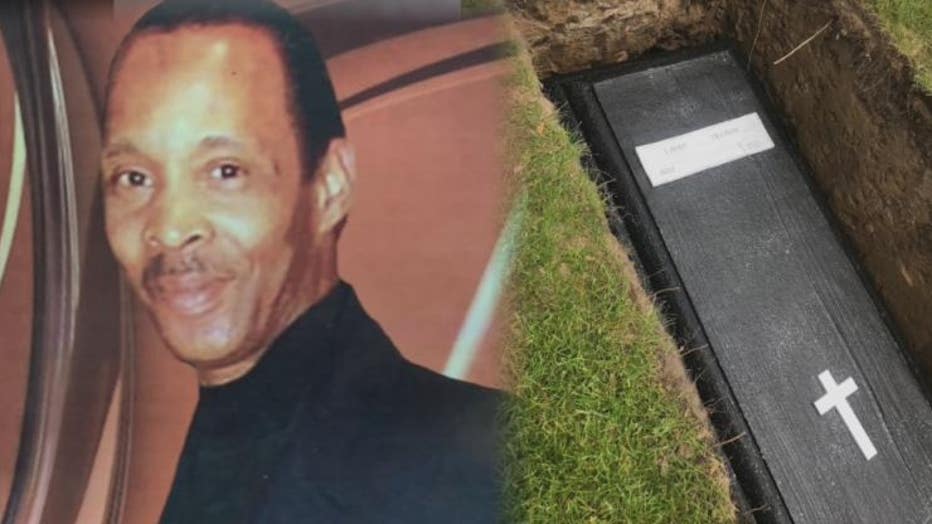 Lawrence Tillman, left, was not inside the casket at his funeral, is family says.