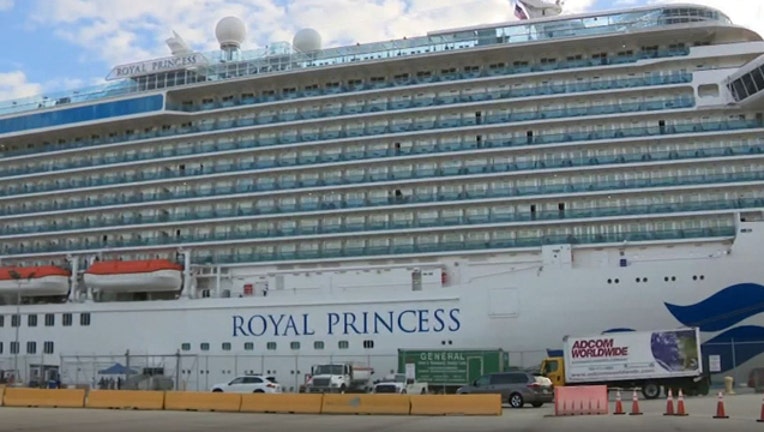 MIAMI, Fla. (AP) - The FBI is investigating the death of 52-year-old woman who was a passenger on a cruise ship heading from Florida to Aruba.

The Santa Clarita, California-based cruise line said in a statement that the American woman died early Tuesday aboard the Royal Princess.

Almarosa Tenorio, 52, fell from one of the upper decks and landed on a lifeboat 14 stories down, according to WFOR.

Passengers who witnessed the fall say she was fighting with an unidentified man who choked her before the fall.

The Royal Princess departed Nov. 9 from Port Everglades on a 7-day Southern Caribbean cruise. It returned to Fort Lauderdale on Saturday.