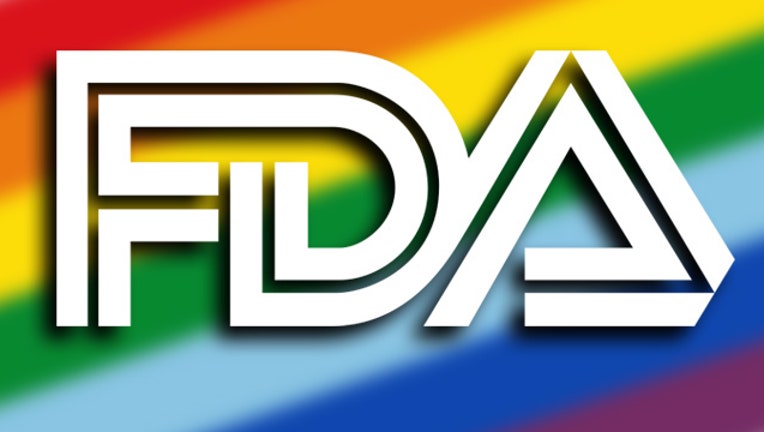 WASHINGTON (AP) — The nation's three-decade-old ban on blood donations from gay and bisexual men was formally lifted Monday, but major restrictions will continue to limit who can give blood.

The Food and Drug Administration said it is replacing the lifetime ban with a new policy barring donations from men who have had sex with a man in the previous year. While the one-year ban has been criticized by activists it matches policies in other countries, including Australia, Japan and the U.K.

Gay rights activists said the new policy is a "step in the right direction," but falls short.

Monday's policy shift was first proposed in late 2014 and follows years of lobbying by medical groups and gay rights groups, who said the previous ban was outdated and perpetuated negative stereotypes.

Dr. Peter Marks of the FDA said the change is "backed by sound scientific evidence" and will "continue to protect our blood supply."

The FDA considered eliminating all restrictions on blood donations from gay and bisexual men, but concluded that would increase the transmission of HIV through the blood supply by 400 percent.

"An increase of that magnitude is not acceptable," Marks told reporters.

All U.S. blood donations are screened for HIV, the virus that causes AIDS. But there is a roughly 10-day window between initial infection and when the virus can be detected by current testing techniques. The American Red Cross estimates the risk of getting an HIV-positive blood donation is 1 in 1.5 million for all U.S. patients. About 15.7 million blood donations are collected in the U.S. each year.

The lifetime ban was put in place during the early years of the AIDS crisis and was intended to protect the blood supply from what was a then little-understood disease.

The FDA concluded that moving to a one-year abstinence requirement would not change the safety of U.S. blood donations, based primarily on data from Australia. That country has had a one-year rule for active gay and bisexual men for over 10 years.

"Right now there are really no large, major countries with shorter intervals than one year," Marks said during a teleconference.

On the current blood donor questionnaire, men are asked if they have ever had sex with another man since 1977-- the start of the AIDS epidemic in the U.S. Potential donors who answer positively are barred from donating blood. The new questionnaire, as outlined under FDA guidelines, would ask men if they have had sex with another man in the last 12 months.

The U.S. blood banking system also bars donations from people who have had sex with a prostitute or an intravenous drug user in the past 12 months.

The FDA sets national standards for the collection and shipment of all U.S. blood donations, which must be screened for transmissible diseases.

The push for a new policy gained momentum in 2006, when the Red Cross, the American Association of Blood Banks, and America's Blood Centers called the ban "medically and scientifically unwarranted."

The groups said in a joint statement they are "pleased" with the FDA's announcement. It will take several months for blood banks to update their procedures to begin accepting donations from gay and bisexual men, the groups said.

The switch in policy could increase the U.S. blood supply by 2 percent to 4 percent by making 2 million additional men eligible to donate, according to previous research by UCLA's Williams Institute.