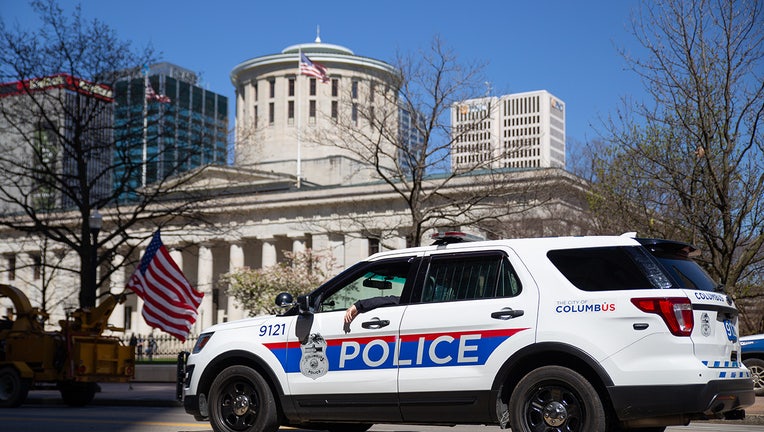 File: Columbus police are seen outside of the statehouse in Columbus, Ohio on April 20, 2020. (Photo by Brad Lee/Anadolu Agency via Getty Images)

COLUMBUS, Ohio - Feces were mailed to Ohio's 25 Republican state senators this week, prompting an investigation by the U.S. Postal Inspection Service, a spokesperson for the lawmakers confirmed Friday.

Mailroom employees in the Ohio Statehouse and post offices in Cleveland and Akron intercepted the letters, which never made it to their intended recipients.

Why they were sent remains unclear. No policy issues or certain grievances were included in the letters, said Senate GOP spokesperson John Fortney. The return addresses on the letters were deemed fake.

Fortney called the incident "outrageous" and a serious health risk.

"This type of biohazard attack doesn’t just stop with the people it’s directed towards," Fortney said. "This is something that could potentially affect every single employee at the Ohio Statehouse, regardless of their political affiliation."

RELATED: Over 1,500 fugitives wanted for ‘most serious, violent’ crimes captured across 10 US cities

He said he isn't aware of any House members receiving such mail.

The U.S. Postal Service's law enforcement arm is investigating the matter as a federal crime. It wouldn't comment Friday about the ongoing investigation, including whether the waste was human or animal.