Fly like a girl in this all-women air show

LAKELAND, Fla. - It used to be "Those Magnificent Men in their Flying Machines." Not so much anymore.

Women are getting a greater foothold in aviation, and that’s evident in the 45th Annual Air Race Classic this week.

Fifty teams of women aviators will be taking off from Lakeland Linder International Airport on Tuesday morning for a 2,500-mile cross-country adventure. They will finish up in Terre Haute, Indiana on Friday.

"This is competitive. This is a test of your skills, and your knowledge of your airplane," JoAnne Alcorn, an official with the race, told FOX 13.

It is the only race exclusively for women in the entire country. 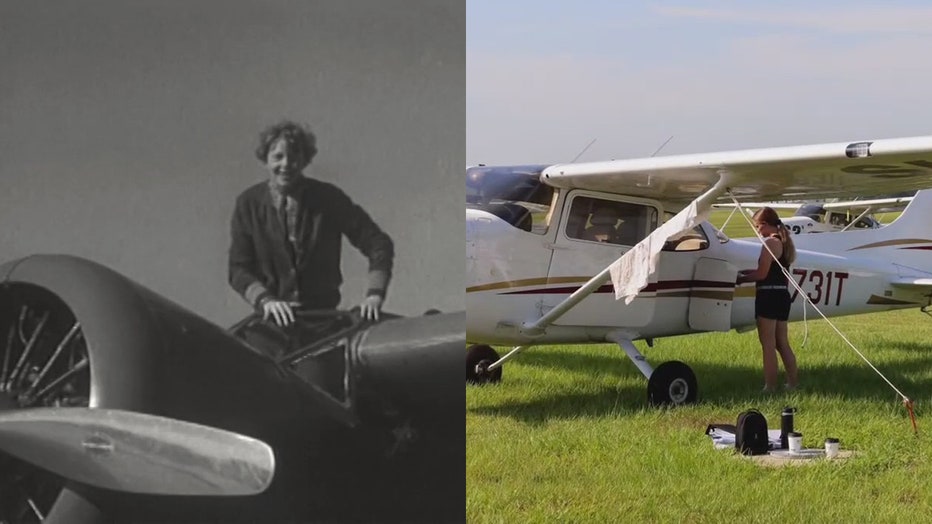 Emma Othmer is a member of "The Red Eagles," one of the two teams from Polk County.

The day before the race, she was already feeling the adrenaline starting to flow.

"Definitely butterflies, but mostly it is excitement, because it is our first time," she said.

At this point, it is old hat for Marie Carastro, who has been flying for seven decades, and is now 93 years old.

When she got her pilot’s license right after she graduated from college, female flyers were few and far between. Even now, women make up only 6% of pilots in the U.S.

A lot has changed in recent decades.

Marie will be going up with her daughter, Susan, and granddaughter, Danielle.

She gives this advice to women coming up the ranks: "I am saying go for whatever you want to do. Do what you need to do to make it happen."

The planes will be going up in groups of five starting at 8 a.m. Tuesday.

Members of the public won’t be allowed on the airfield. However, you can watch all the action from the upper deck of the Hilton Garden Inn, located at 3839 Don Emerson Drive, on the grounds of Lakeland Linder International Airport.