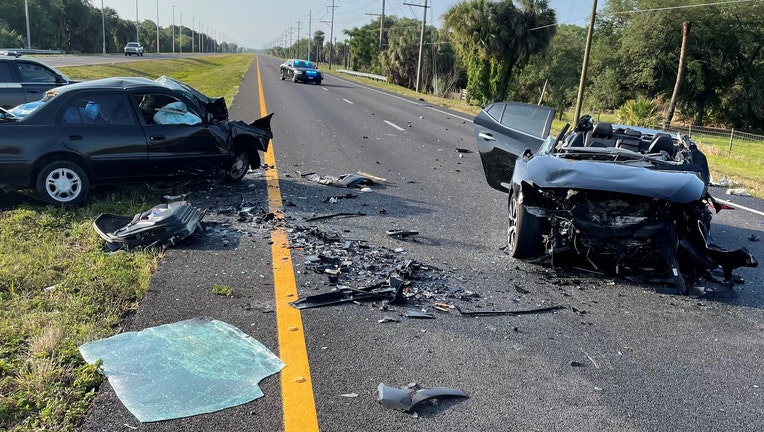 TAMPA, Fla. - A 20-year-old woman from Tampa was killed Sunday morning after troopers say she drove the wrong way on US 41 and crashed nearly head-on with another vehicle.

According to the Florida Highway Patrol, the 20-year-old woman was traveling northbound in the southbound lane of US 41 near old US 41A for an unknown reason shortly before 7 a.m.

At the same time, a 21-year-old woman from Thonotosassa was traveling southbound along US 41 and the two vehicles collided nearly head-on, according to troopers. Following impact, the cars rotated and came to a final rest in the median and southbound lanes.