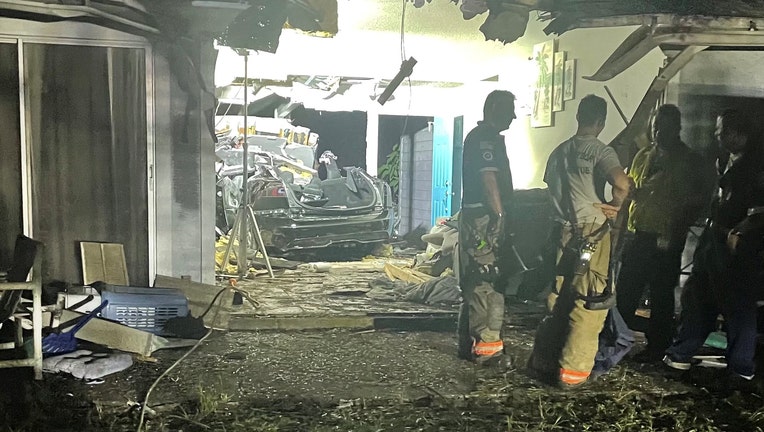 According to the Florida Highway Patrol, the man was driving a Tesla Model S Plaid at a high rate of speed on Manning Road approaching Hermosa Drive when he drove through a stop sign, struck an embankment and went airborne before crashing into a house.

The car, which plowed through the rear walls of the home, hit and killed a 69-year-old woman inside the residence, according to FHP.

READ Car crashes into Pasco home for second time in less than a year, injures dog

A 43-year-old man from Odessa, who was a passenger in the car, was taken to an area hospital where he later died.

Troopers say the Tesla was not in autopilot mode at the time.