VENICE (FOX 13) - The Florida Highway Patrol said an "improper lane change" on the part of four bicyclists may have happened just before a car crashed into them on a Sarasota County road Tuesday morning.

The four bicyclists were all in critical condition Tuesday evening. The 91-year-old woman whose car hit the bicyclists had not been charged.

They were described by those who ride in the area as professional riders who know the roadways.

The crash happened at Center Road and Rockley Boulevard. Officials identified the victims Tuesday night as three men and a woman, all from the Venice area.

According to FHP, Sarah Calabrese, 55, of Venice; Jack Harrington, 57, of Englewood; Joel Calabrese, 67 of Venice; and John Ustruck, 60 of North Venice, were all in critical condition. They were all wearing helmets at the time of the crash.

FHP said it appeared the bicyclists were in the right eastbound lane of Center Road when they made a lane change into the left lane, in front of a Chevrolet approaching from behind.

FHP said the driver, 91-year-old Marion Kahler, of North Port, stopped and cooperated with troopers after the crash.

“There is significant damage to her vehicle. Whether or not she had a complete understanding of what was involved… she did turn around,” FHP Lt. Greg Bueno said.

Troopers said they do believe the front of the Chevrolet struck all four bicyclists.

The view from SkyFOX showed the badly damaged bicycles strewn across the lanes. The gray Chevy sedan was stopped at the scene with obvious damage to the front end and windshield. 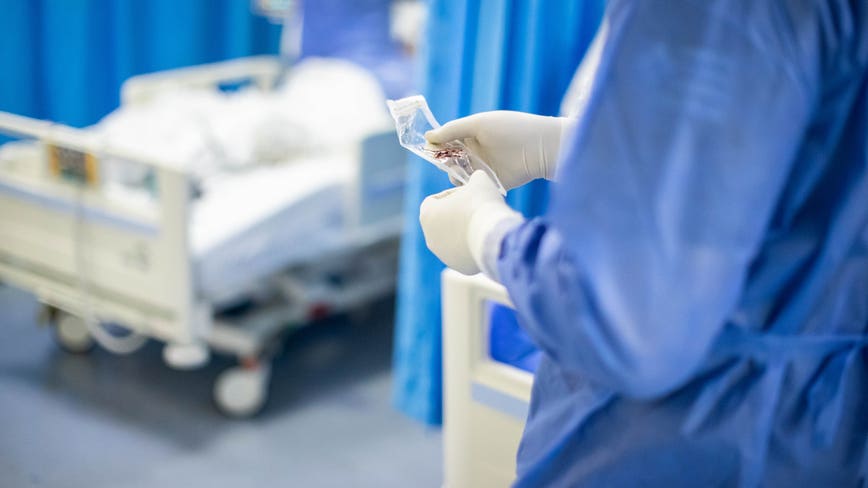