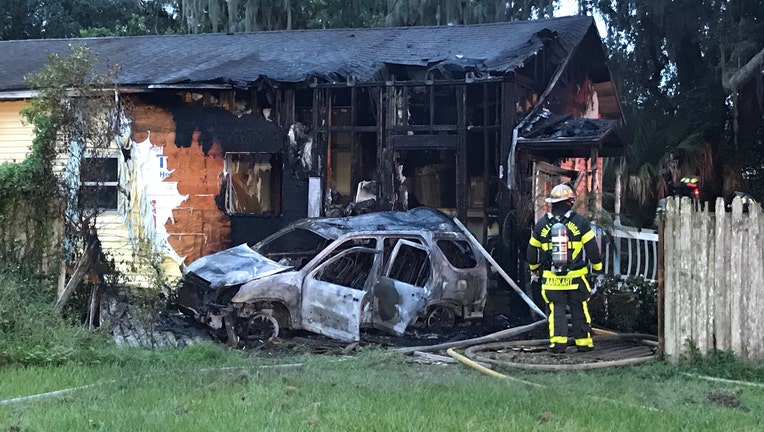 RIVERVIEW, Fla. - The Florida Highway Patrol is searching for a driver who fled following a crash Sunday in Hillsborough County. It happened shortly before 6:30 a.m. Sunday at US-301 and Lake St. Charles Blvd. in Riverview.

According to troopers, a vehicle was traveling southbound on US-301 in the center lane when for an unknown reason it departed the roadway. The vehicle first struck the raised concrete median, which caused it to become airborne and rotate. It continued southeast and struck the opposing concrete curb, which caused it to become airborne a second time while overturning on its right side. The vehicle continued and collided with a wooden privacy fence that collapsed and damaged a utility pole. Still in motion, the vehicle came to a final rest after crashing into Tribble Law Center at 6982 US-301 in Riverview, troopers said. 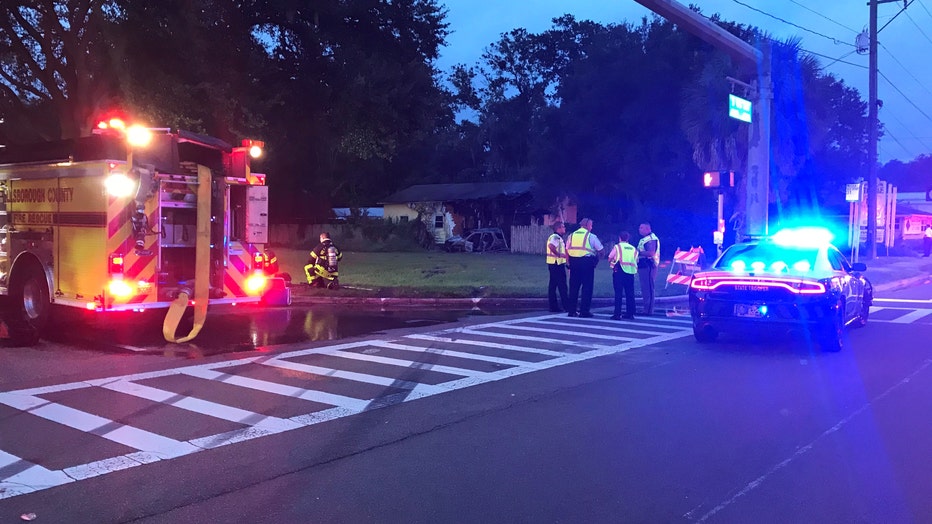 According to FHP, the driver fled the scene as the vehicle and building became fully engulfed in fire.

Anyone with information about this crash is asked to call FHP at 813-558-1800 or Crime Stoppers.