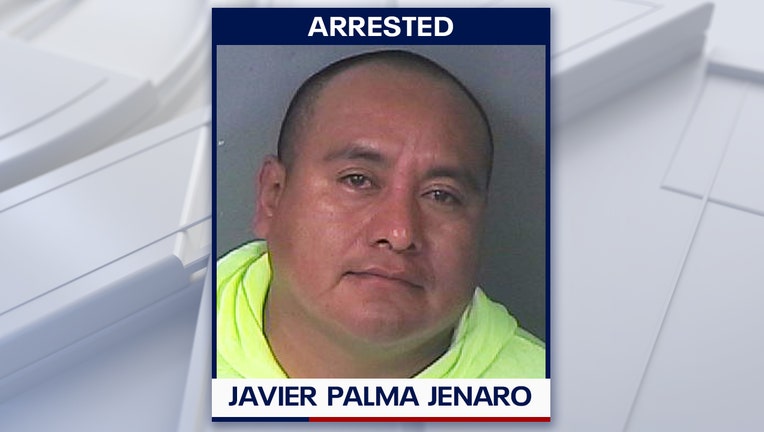 BROOKSVILLE, Fla. - Florida troopers arrested a man who they say was caught smuggling eight undocumented immigrants into the state.

When they pulled the van over, they noted that all of the windows behind the driver were completely non-transparent, and had American flag stickers on each of the seven windows.

The troopers said the driver, 40-year-old Javier Palma Jenaro, handed over a Mexican passport and an expired Mexican driver's license. He told the troopers he was the owner of the van, and had eight other people with him.

Jenaro said the group was traveling from Marianna, Florida, down to Naples, and had been working all day.

FHP notified US Border Patrol, who responded to the scene and helped interview the occupants of the van, who investigators determined were all in the U.S. illegally. The occupants told the Border Patrol agent they had traveled from Alabama into Florida. 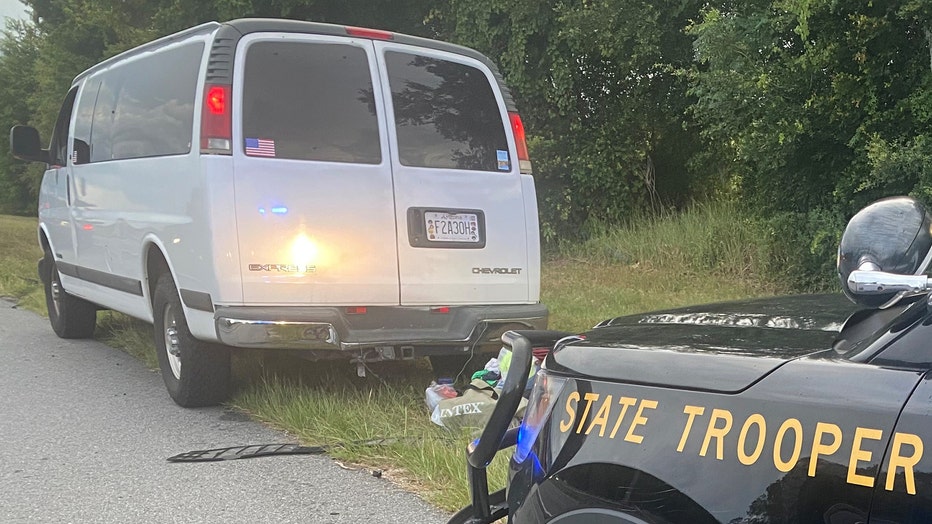 When FHP checked the van's Arizona license plate, it had previously been detected traveling eastbound on I-40 in New Mexico on Tuesday, and then in Alabama on Wednesday.

Investigators searched the van and found several ledgers, which included names, destinations and prices. They said all of the interior windows had "command hooks" on them to hold curtains in order to further conceal the inside of the van.

After agents told Jenaro about the license plate readers picking up the van's whereabouts, he agreed to talk to investigators.

Jenaro said he got a call while he was in Milwaukee, telling him to drive to Arizona to transport a group of undocumented immigrants to Florida -- something he says he'd done several times before. He said he makes $250 per person he transports.

He picked up the eight occupants at a park in Phoenix, Arizona on Tuesday. Before being stopped by FHP, he said he dropped off three other people in Florida.

Jenaro told investigators he uses his cell phone to coordinate pickup and drop-off locations, and was supposed to drop off the remaining eight people at a truck stop in Fort Myers.

Troopers arrested Jenaro and transported him to the Hernando County Jail. They found $3,700 in cash in his pocket, along with an additional ledger.

Jenaro is charged with eight felony counts of smuggling an illegal individual into the state, along with the use of a two-way communications device to commit a felony, and operating a vehicle without a valid license. He is being held on $90,500 bond.