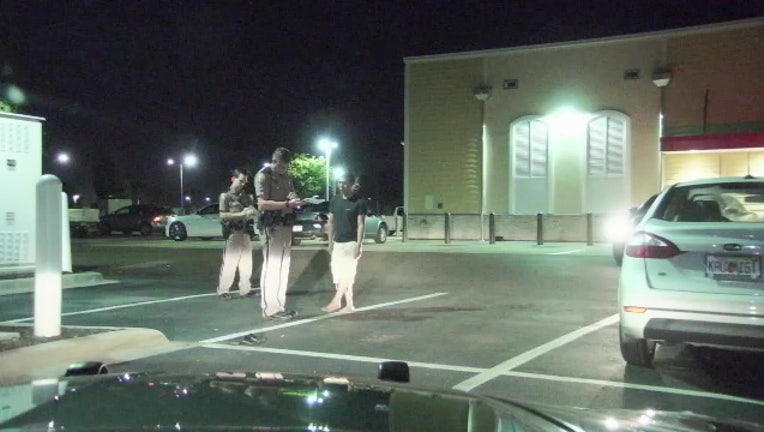 ST. PETERSBURG, Fla. - Lucas Pascual Diego, 21, was arrested Friday night after deputies say he was driving drunk at more than 100 miles per hour.

According to the Florida Highway Patrol, a deputy conducting speed enforcement on northbound Interstate 275 near 54th Avenue N. when Diego sped past at 108 miles per hour.

The trooper saw Diego swerve onto the shoulder several times while trying to pass other vehicles.

According to FHP, when the deputy pulled up behind Diego on the shoulder, Diego put the car in reverse, but stopped before crashing into the patrol car.

The trooper reported a strong odor of alcohol coming from the car and said Diego’s eyes were glassy, bloodshot and water.

According to the trooper, Diego said he did not have a license to drive.

The trooper said Diego was swaying, couldn’t keep his head up and failed field sobriety exercises though Diego denied having anything to drink.

After being taken into custody for DUI, Diego’s breath sample was twice the legal limit.