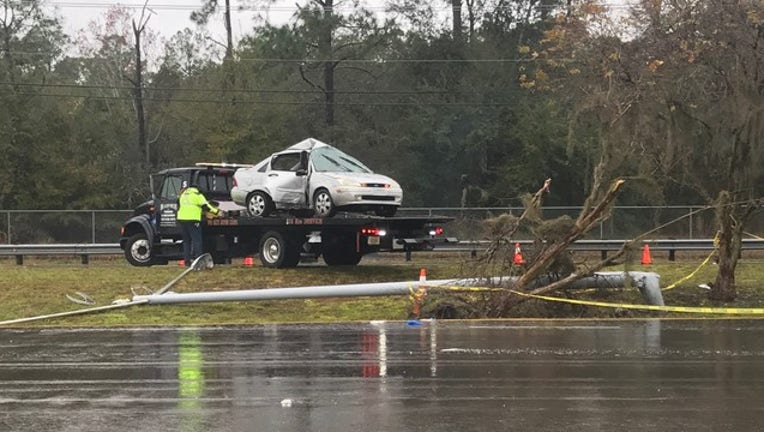 The crash occurred shortly before 5 a.m. on East Lake Road near Pasado Drive.

According to troopers, 25-year-old Kyle Birdyshaw was driving northbound when he lost control of his Ford Focus and left the roadway. The vehicle struck a light pole and tree.

FHP said a passenger, a 37-year-old man, was killed in the crash. Birdyshaw was seriously injured.

The road was closed for some time after the crash, but it has since reopened.