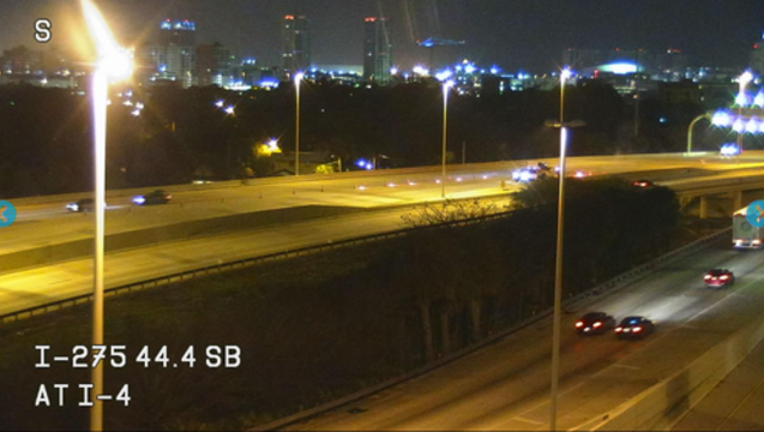 TAMPA (FOX 13) - The Florida Highway Patrol is searching for the driver responsible for a deadly crash that happened early Sunday morning on I-275.

The crash happened shortly after 2 a.m. in the northbound lanes of I-275 near MLK Boulevard.

The Audi fled to a nearby gas station, where occupants of the vehicle called 911. Troopers said the driver had fled the area on foot. The passengers, identified as 26-year-old Nathanael Huitt and 27-year-old Austin Schulz, claimed to investigators that they didn't know the driver, only that his name was "Chris," and he was wearing a black shirt and jeans.

The northbound lanes of I-275 were shut down for several hours, but they have since reopened. Anyone with information about this crash is asked to contact FHP.