CLEARWATER, Fla. - Cpl. Justin Bloom was trying to keep construction workers safe Thursday night on U-S 19 when he saw a car coming from behind.

A video released from inside Bloom's cruiser shows him trying to move at the last second, but it was too late. A PT Cruiser, driven by a 75-year-old woman from Palm Beach County, slammed into the rear of Bloom's car.

The trooper's emergency lights were activated at the time he was hit.

"You are always thinking 'Everybody sees us.' But sometimes they don't," said Officer Roy Paz, of the Tampa Police Department.

In May in Leon county, a trooper's door was taken off. In August of last year, a distracted driver on the Courtney Campbell Causeway hit a Clearwater officer's cruiser.

"You gotta pay attention out there," said Paz. "Put those cell phones down." 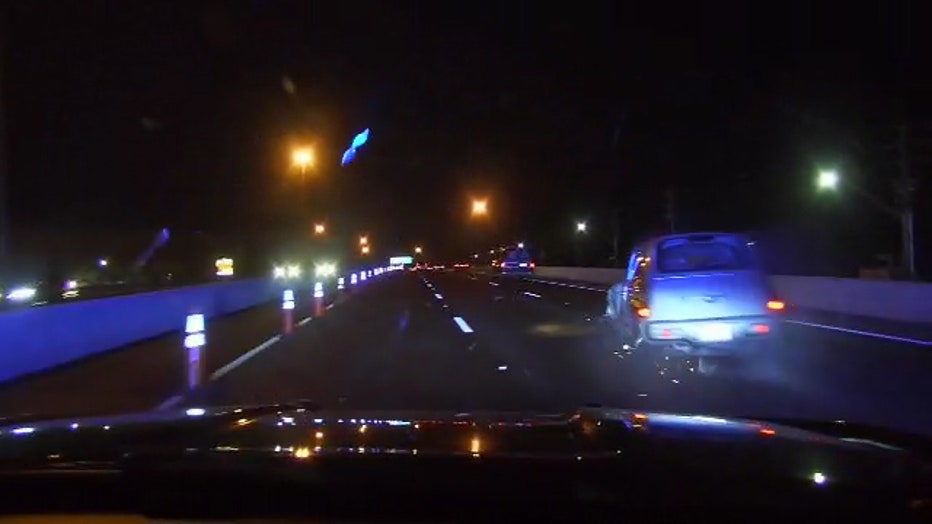 Bloom was not badly hurt during Friday's incident. He cited the driver for violating Florida's Move Over Law, which requires drivers to move over a lane – when it’s safe to do so -- for stopped law enforcement, emergency, sanitation, utility service vehicles and tow trucks, according to the Florida Department of Highway Safety and Motor Vehicles. If you can't move over, the law requires you to drop at least 20 miles an hour below the speed limit.

"Most of the people who do the accidents are just like you and me," said Paz. "They are not out there to hurt anybody, but that one little mistake, where you took your mind off the road, you gotta be on your A-game, guys!"

In 2018, Hillsborough and Pinellas were the only Tampa Bay counties with double-digit crashes involving the move over law, with 13 and 14 respectively.