TAMPA, Fla. - A documentary featuring the first Black football player at the University of Florida is premiering Tuesday night at the Tampa Theatre.

"Leonard George and the Tigers" features George, who graduated from Jesuit High School in 1969.

"It was so hostile," he said of playing road games as a teenager. "I got called so many names."

He was one of two Black players on the Jesuit High School team.

"We had Jews, we had Blacks, we had Catholics. And [opponents] said they didn't want any of them [to play]," he said. "They actually started punching me out. I had to try to defend myself." 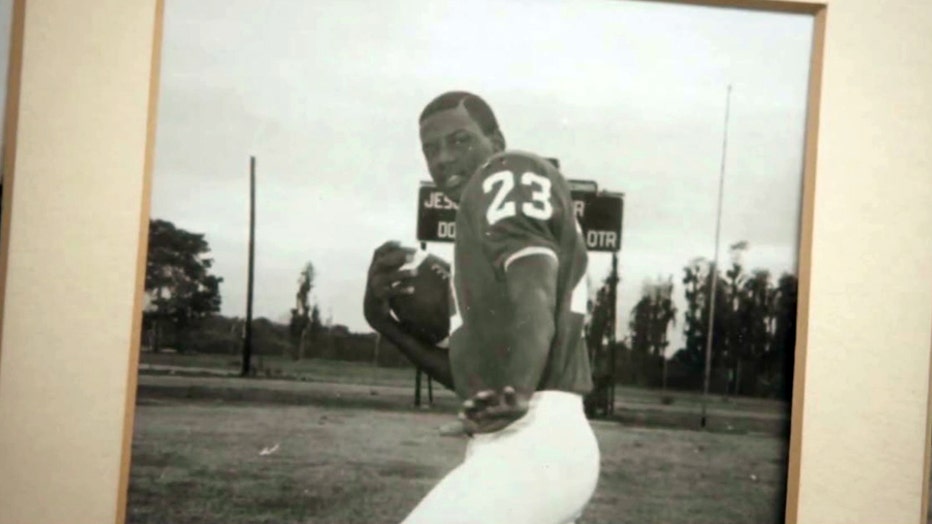 The film, which is directed by Drew Marquardt, runs 70 minutes, and, he hopes, makes a lifelong impression.

"At 17, You just want to be a part of the team," Marquardt said during an interview Monday. "I have to say I was a part of that team. Still today, we are very close."

When Leonard George graduated from Jesuit in 1969 and integrated the University of Florida team, that's when he took on legend status to his younger teammate, Bob Morrison.

"This country, and this city, were going through some very difficult moments, and there was a real question as to what was going to be our future if you were Black in America and Black in Tampa," George said.

Today's administrators at Jesuit are thankful this story is being told, 50 years later.

George integrated end zones too, becoming the first Black player to score a touchdown at the University of Alabama.

The Tampa Theatre is hosting a new classic movie series during Black History Month, celebrating some of the most iconic love stories as told by Black filmmakers and diverse casts.

He went on to become a lawyer, and, starting Tuesday, his story will live on in a new way.

"[It is] a good example of what the Civil Rights Movement was about. It was about equality and teamwork. At Jesuit, that's exactly what happened," he said.

Tuesday night at the Tampa Theatre, Leonard George and the film's director will be on hand to answer questions after the film, which will start at 7:30.