PALM HARBOR (FOX 13) - It's a day burned into all of our memories: 15 years later, we remember where we were when we first heard about the attacks on the Twin Towers.

Most of us watched the horrifying scene unfold on TV screens, but first responders like New York City firefighter Mickey Kross lived it.

"I had the fire department radio on and I heard an aircraft struck the north tower," said Kross.

While thousands fled from the chaos unfolding in Lower Manhattan, Mickey and company Engine 16 headed straight into the wreckage.

"The World Trade Center was right in front of me and the north tower had this huge hole, gigantic. I'll never forget that scene,” recalled Kross. “As we came in and viewed it, the second plane hit the South Tower."

“There was a huge explosion right over our heads and it was just crazy. Steel is coming down, it's burning and for a second I thought, 'Oh they must be making a movie down here.' I couldn't comprehend what was going on," said Kross.

Minutes later Engine 16 was given its orders: they would climb 23 flights of stairs in the north tower to assist in its evacuation.

Just a few minutes after calling in another company to help in their evacuation, Kross says he felt the floor beneath him tremble.

He didn’t know it at the time, but he was feeling the reverberations of the south tower falling.

“We got an evacuation notice over our radios telling us to get out,” said Kross. “I'm in the fire department at that point almost 25 years, I have never been ordered out of a high-rise burning building. Never. So I knew something really bad was going on."

Thankfully the rest of Engine 16 had already evacuated. Kross ran for the stairwell and started his 23-floor journey down.

“That's when the building started rocking. I heard this really loud noise overhead, kind of like a railroad coming at me. Everything started coming down and I grabbed my helmet and ducked into the corner of the staircase,” said Kross. “As I tell people, I tried to crawl into my helmet. That's the best way I can describe it."

The north tower had fallen with Kross still inside.

"I didn't even know if I was alive at that point. Having no experience what it's like being dead, I thought maybe I was dead. But then I started wiggling my fingers and heard my radio crackle and I figured out that I was alive," said Kross.

Miraculously, Kross had survived and he wasn’t alone.

“At first I thought I was all alone and I thought how horrible I'm going to die alone, but then I heard the other voices and it actually comforted me."

Kross was in a tiny alcove in a second floor stairwell with 12 other responders and the woman he'd ordered off the 23rd floor. Hours passed by in darkness.

“Then I see above my head: sunlight. It's a 110-story building and we're on the second floor and I'm looking above my head and see the sky. The building came down in such a way that there was an opening above us and we saw the sunlight," said Kross.

Kross and the survivors with him began to climb the twisted steel toward daylight.

Against all odds, they'd made it out alive

In the days and months following 9/11, Kross aided in the rescue and recovery effort at Ground Zero.

He eventually moved into nearby Battery Park and, over the years, has witnessed Lower Manhattan rebuild around him. 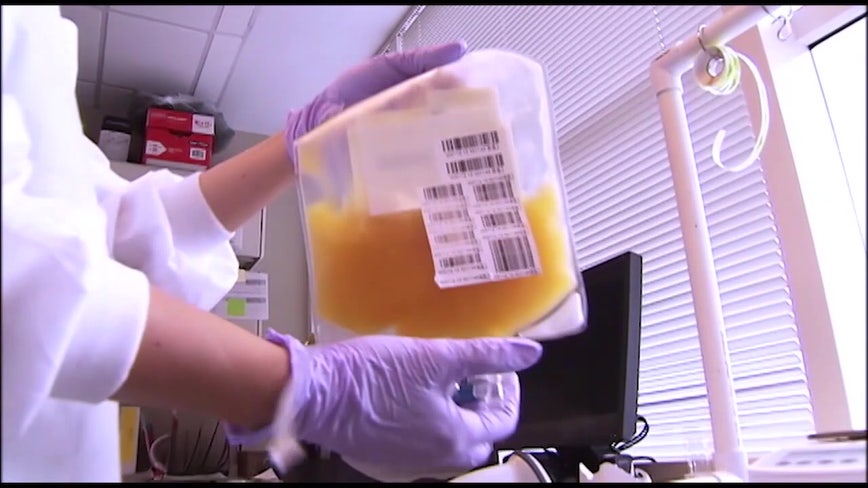