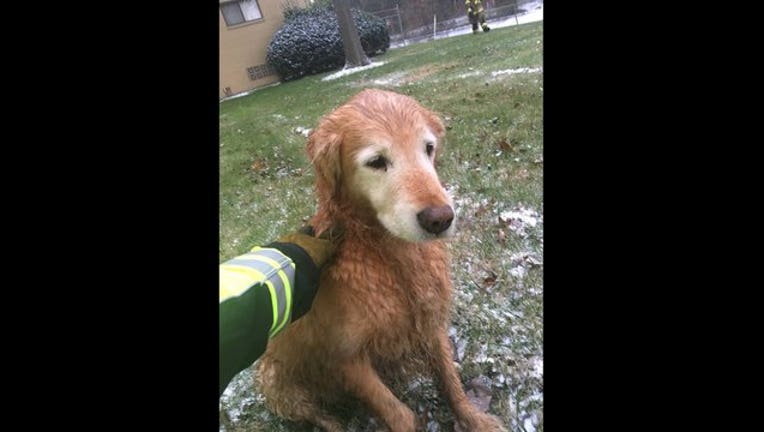 PRINCE GEORGE (FOX 13) - A Prince George’s County firefighter who rescued a golden retriever stuck in an icy culvert on Saturday, December 16, said he would like to adopt the dog its the owner can’t be found.

Firefighter Jesse McCullough told WJLA-TV that the dog was shaking and covered in ice when he found him.

“It was just icy concrete, so you just are not going to be able to climb out easily,” said McCullough.

The firefighter helped the exhausted dog up a ladder to safety. Back at the station, they gave him food, water and a bed, and named the dog River. McCullough told the WJLA that if River’s owner can’t be found, he’d like to adopt the dog, if his wife agrees