They've shown their loyalty and patriotism through serving in the U.S. military. Today, they were welcomed as citizens for the first time.

TAMPA, Fla. - At a naturalization ceremony in Tampa Thursday, 65 people from 23 countries - like Kenya, Vietnam, Iraq, Germany, and Columbia - stood united, new citizens of one.

While they worked toward becoming U.S. citizens, five of them also defended the American flag as active-duty members of the U.S. Military

Thursday, their dreams became a reality.

"I want to be loyal to this country, which has given me great opportunities," Nukala told FOX 13 News. "It's always been my dream to serve people." 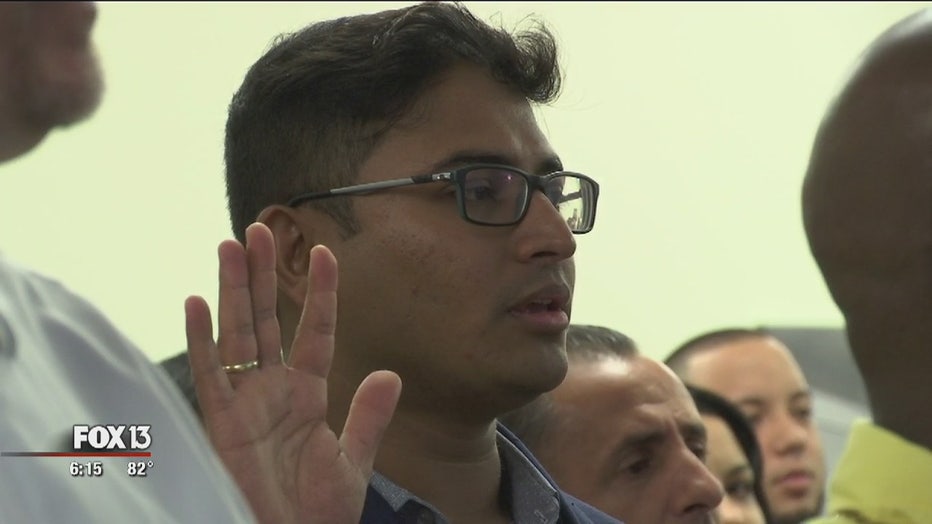 Every year, thousands of green card-holders join the U.S. military. Nukala joined in 2013 through the Military Accessions Vital to the National Interest, or MAVNI program.

"It is basically for immigrants who speak different languages. The U.S. Army requires such kind of people," he explained.

Though the program closed in 2016, he's grateful it was his gateway to citizenship. 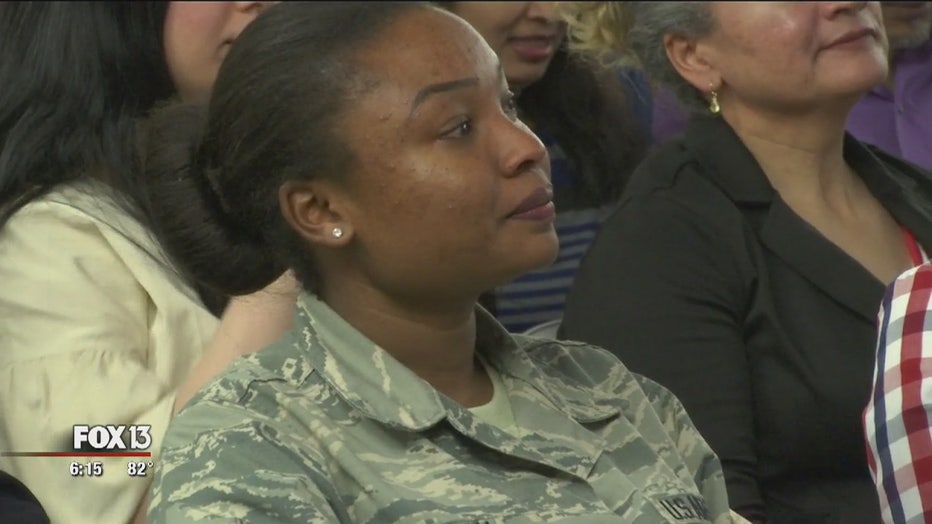 Tabitha Kamau, of Kenya, hopes to one day become an ambassador.

Being able to realize her dream, Tabitha Kamau became emotional.

She hopes to one day become an ambassador.

It typically costs $725 to go through the naturalization process, but the fee is waived for active military members.