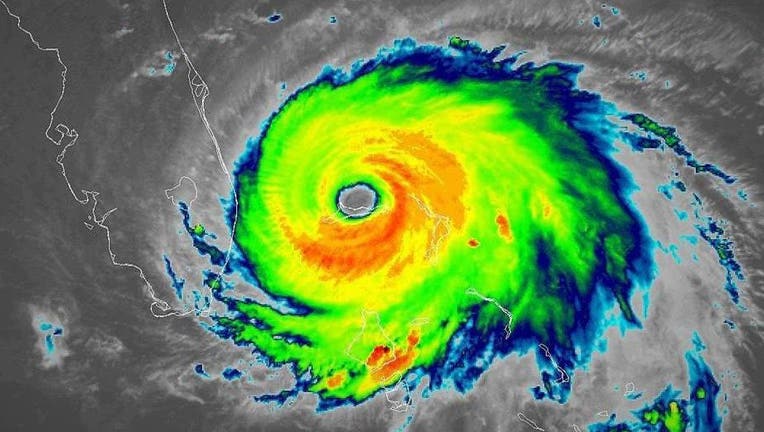 Hurricane Dorian makes landfall over the Abaco Islands in the Bahamas where it sat for more than 48 hours. (NOAA image)

Division of Emergency Management Director Jared Moskowitz said last week his agency is redeveloping plans about evacuations and shelters, while also adding facemasks to the state’s stockpile of storm supplies.

“We're going to have 10 million masks in reserve by the time the hurricane season starts,” Moskowitz said. “And we signed a long-term deal with Honeywell to help get us 12 million N95 masks over the next year directly from the manufacturing plant, with a significant portion of that being delivered during hurricane season.”

“The one thing that I think we've learned is this virus really thrives and transmits when you have close sustained contact with people inside an enclosed environment,” Gov. Ron DeSantis said last week during an appearance in Sarasota.

“So, as you're looking at sheltering for a hurricane, you got to keep that in mind,” he added. “If you pile people into a place, under normal circumstances, that may be fine. But that would potentially allow the virus to really spread if somebody is, in fact, infected.”

PREVIOUS: Florida makes plans for dealing with COVID-19 in a hurricane

Moskowitz said evacuations outside of flood zones could take into account details of structures, with people in newer structures built under up-to-date codes given the option to remain home. He said officials are looking at protocols for shelters that range from separating people based on temperature checks to non-congregated sheltering in hotels.

“We've been talking to FEMA (the Federal Emergency Management Agency) almost daily about that planning,” Moskowitz said. “They've been a real partner in that, making sure that obviously we're looking at all of our standard operating procedures. We have a lot of (hurricane) experience here in Florida, especially over the last four years. But how do we change that? How do we modify it to take COVID-19 and the challenges that that poses, especially if we have an earlier storm in the June and July season?”

The need to revise storm plans amid the pandemic comes as forecast models lean toward an active hurricane season in the Atlantic Ocean.

For Florida, the season’s most nerve-racking event was the gigantic Hurricane Dorian, which devastated the Bahamas over the Labor Day weekend but turned away before making a forecast strike on Florida’s East Coast.

The tension over Dorian was increased because Floridians had taken major hits the prior two years, with Hurricane Michael pounding the Panhandle in 2018 and Hurricane Irma sweeping across most of the state in 2017.

In terms of the number of storms this year, the Atlantic could be as active or more active than in 2019, according to forecasters.

The Weather Channel has predicted 18 named storms, with nine growing into hurricanes, of which four would carry sustained winds above 115 mph.

Last week, AccuWeather meteorologists upped their initial forecast of a “normal” season of 14 to 18 storms, with seven to nine becoming hurricanes, to a more-robust prediction of 14 to 20 named storms, of which seven to 11 would reach hurricane strength.

While AccuWeather’s experts warned that four to six of the named systems could directly impact the U.S mainland, Puerto Rico or the Virgin Islands, most of the other forecasts don’t make landfall predictions. 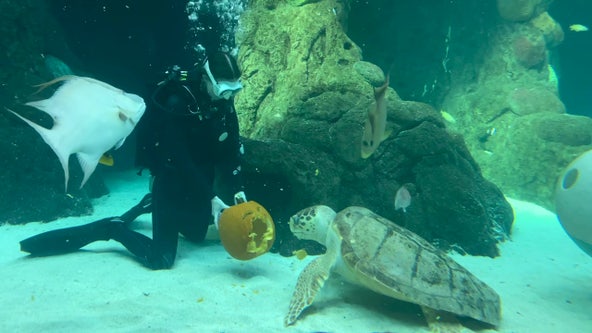