OLDSMAR, Fla. - Florida lawmakers want to crack down on invasive animals, and are considering banning owning, selling and breeding at least nine different reptile species. Those against the proposal say it could kill a multi-million-dollar industry in the state.

The shop has been open in Oldsmar for close to 30 years, selling captive-bred reptiles to the public.

Potts does not carry many non-native species, but he says he is still concerned about proposed legislation that could ban ownership, breeding and selling of some exotic lizards and snakes.

Senate Bill 1414 focuses on fish and wildlife activities.  Part of it would increase annual free fishing days across the state, while another section takes aim at more than nine reptile species, including the green iguana and the tegu lizard.

Most of the animals on the list currently require a conditional permit, but the proposal would prohibit them all unless the animals are being used for educational, research, or eradication and control purposes. 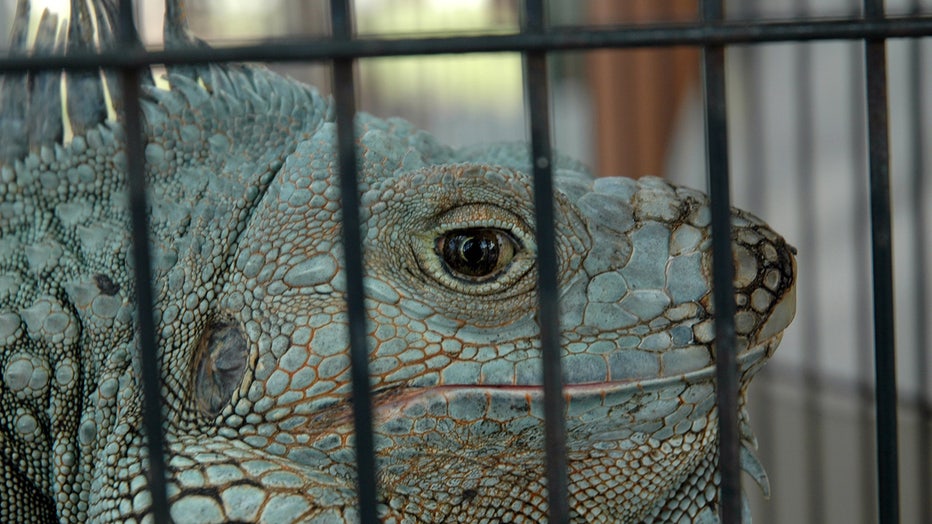 It’s something the reptile industry in the state strongly opposes.

"I think it’s gonna be a nightmare for FWC to tell people they can't have a pet iguana when they live in their backyard,” said Eugene Bessette, the Florida legislative affairs director for the U.S. Association of Reptile Keepers.

He says the bill on the table is frustrating, especially since Florida contributes so much to the reptile pet trade locally and selling across the country.

"We have a good strong industry, I mean, you know, we're close to $200-million a year to the state of Florida, a couple million homes,” Bessette said.

The legislation does include language that grandfathers in anyone already breeding and selling iguanas and tegus, but the lizards can only be sold outside of Florida.

Even with the exception, there is concern the bill could force specialized and large-scale breeders out of business.

"We don’t want to put anyone out of business, we want to work together to remove these animals," added Bessette.