Lee County, one of the hardest-hit by the massive Category 4 storm, reported 30 deaths as of Saturday night. Collier County, one county south of Lee, three deaths had been attributed to Ian. 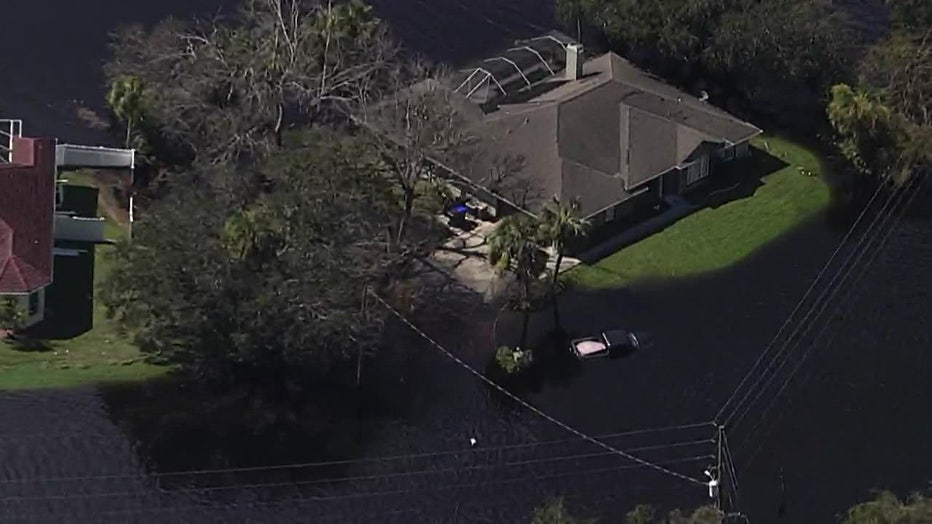 Homes in North Port were surrounded by water after Hurricane Ian

The county north of Lee County, Charlotte, had not yet made its death toll publicly known.

In Sarasota County, where Myakkahatchee Creek and the Myakka River rose and trapped residents in their homes, three deaths had been reported. Manatee, Hendry, and Lake counties each attributed one death to Hurricane Ian. 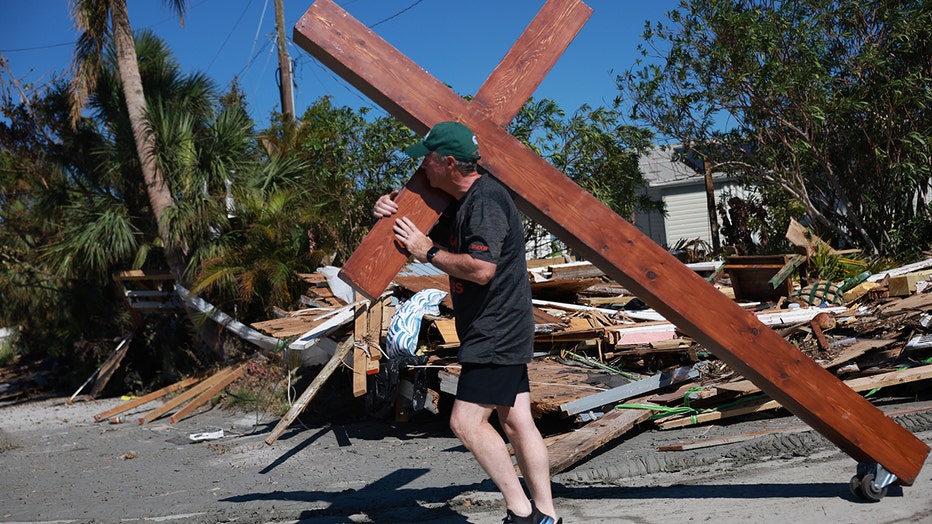 FORT MYERS, FLORIDA - OCTOBER 01: Dan Beazley rolls a cross through an area where homes were destroyed when Hurricane Ian passed through the area on October 1, 2022 in Fort Myers, Florida. Mr. Beazley said he brought the cross with him to help hurric

After making landfall near Lee and Charlotte counties Wednesday, Hurricane Ian moved northeast across the state, dumping rain all the way up to Jacksonville. Flooding followed, with rescues still underway into Saturday night.