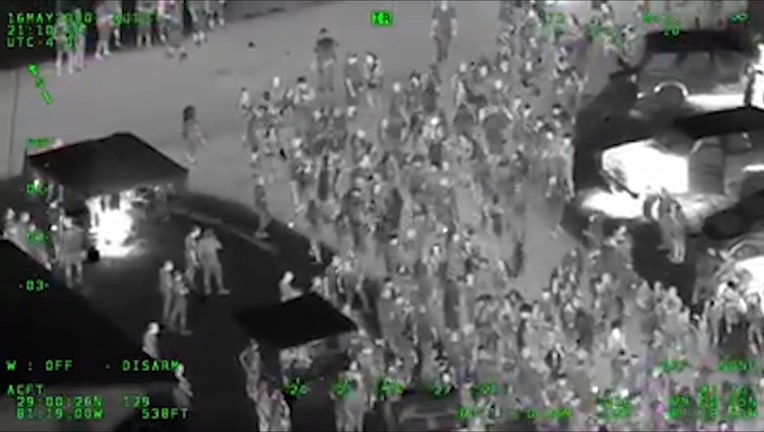 DELAND, Fla. - Deputies in Florida said they were hit with cups of alcohol, bottles and bar stools after they made arrests at a weekend block party involving thousands of party-goers, officials reported Monday.

The Volusia County Sheriff’s Office estimated 3,000 people were at the outdoor party spanning several locations in DeLand that started Saturday afternoon and lasted until early Sunday.

Two men, identified as Alphonso Parker and Charles Turner, were arrested for possession of a weapon by a convicted felon, tampering with evidence, inciting a riot and resisting an officer without violence. 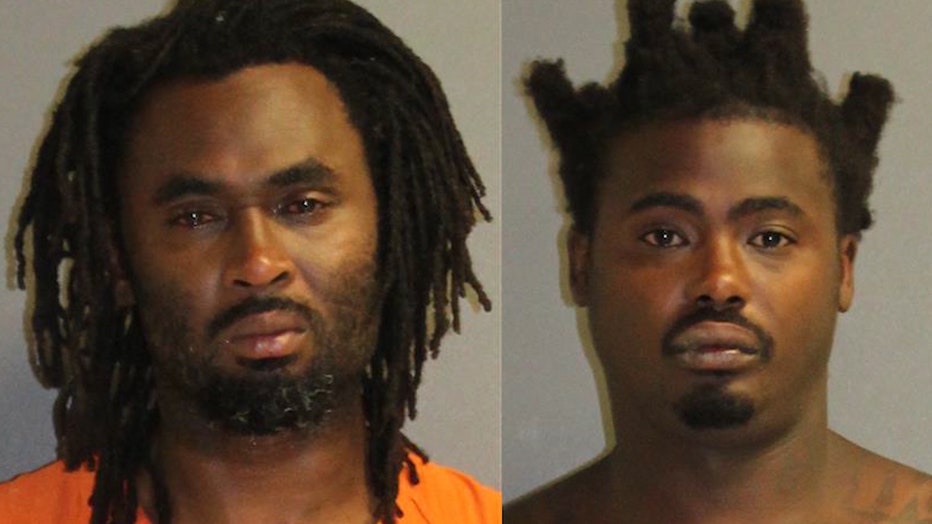 Glass bottles were thrown at patrol vehicles while the arrests were made. A deputy injured his knee, and an police officer who was hit by a jar had a minor head injury, the sheriff’s office said.

A passenger in a vehicle pointed a rifle or shotgun in the direction of a deputy and pedestrians gathered at a gas station, according to the sheriff’s office. 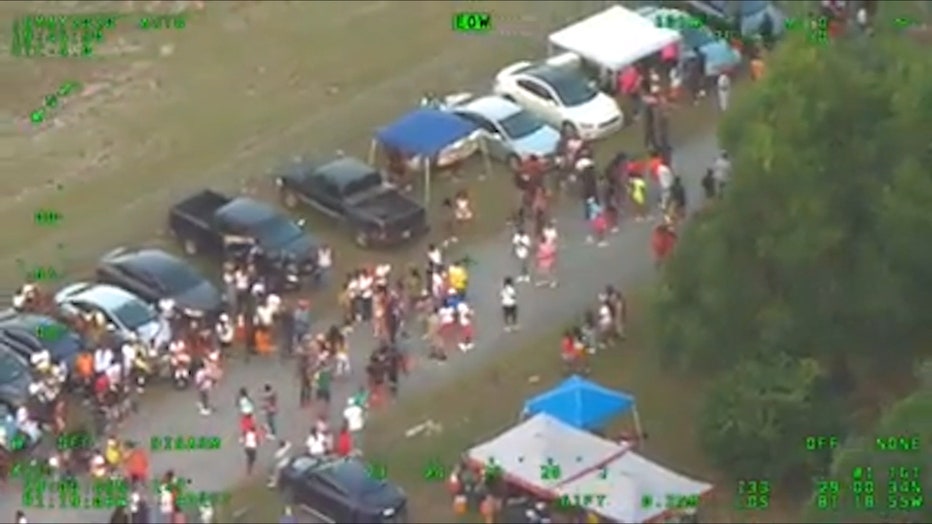 Some party-goers said they were targeted because the crowd was largely African American, but Sheriff Mike Chitwood said in a news release that the actions by deputies were aimed at keeping the public safe.

On Twitter, Chitwood denied that the deputies' actions were racially-motivated.

"Racism is alive in America. To pretend we live in a post-racial world is either wishful thinking or denial," he wrote. "The behavior from the crowd was unacceptable and dangerous. The deputies and police officers did the best they could in extremely difficult circumstances, and I commend every one of them for resolving the situation without retaliation, prejudice or fear."

Deputies were at the block party for crowd control and to keep cars from blocking traffic, not for enforcing social distancing as a result of the coronavirus, the sheriff’s office said.

“How are we supposed to turn a blind eye to someone pointing a gun at a crowd, or two convicted felons exchanging a loaded gun right in front of our face?” Chitwood said.