TALLAHASSEE, Fla. - Florida's director of economic opportunity resigned Monday, months after being stripped of his oversight of the state's glitch-ridden unemployment system, which left hundreds of thousands of people waiting weeks -- and sometimes months -- for benefits after losing their jobs during the coronavirus outbreak.

Ken Lawson said in his resignation letter that he was leaving his post "in the spirit of turning the page and moving forward."

Florida's balky unemployment system was among the slowest in the country to respond to the surge in unemployment as the pandemic sidelined key sectors of the state's economy, including bars, restaurants and huge swaths of the tourist industry.

The number of unemployed overwhelmed the state's benefits system, preventing many applicants from filing claims online because of glitch-ridden servers and phone lines. The debacle prompted widespread complaints and put Gov. Ron DeSantis under political duress. 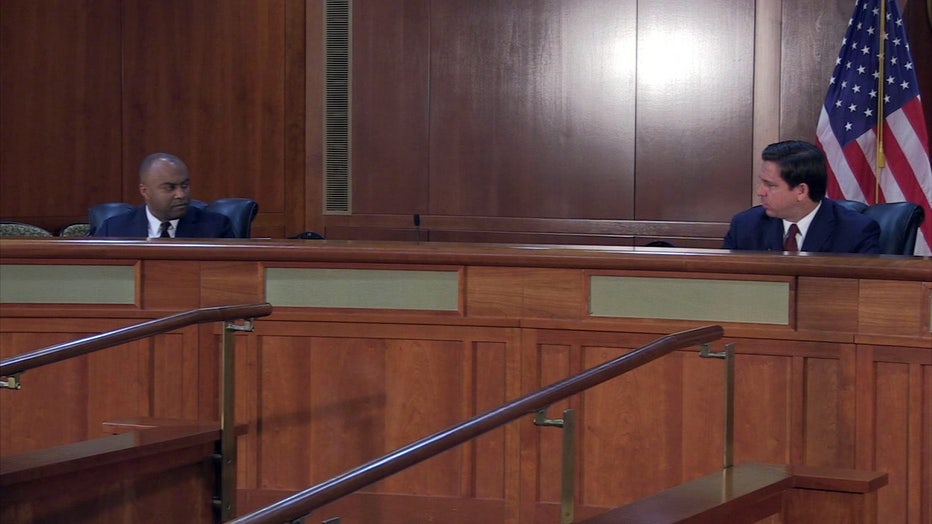 With public anger welling, Gov. Ron DeSantis yanked Lawson from his oversight role in April. Lawson remained as director of the Department of Economic Opportunity, but management of the unemployment system was given to Department of Management Services Secretary Jonathan Satter.

Florida's unemployment system became fodder for state and national Democrats, who pushed for investigations into the failures, including an explanation of why the state could not deliver timely benefits.

As he likes to point out, Gov. Ron DeSantis didn’t build the state’s bad unemployment system. Former Governor Scott is the one who gave us the clunker. But while Scott bought it, DeSantis has been driving it for more than a year -- and by his own admission was unaware it was in tatters, even weeks after the pandemic struck.

Democrats and Republicans alike have acknowledged that the problems with the CONNECT system predated the pandemic. The outbreak had caused the state's unemployment rate to spike to 13.8% in April, according to the U.S. Bureau of Labor Statistics, up from 4.4% the month before.

In fact, state audits found repeated failures in the system, which the governor has acknowledged was not designed to be able to handle the surge in claims.

DeSantis has begun reopening much of Florida's economy, allowing some Floridians to return to work even as the state continues to contain the COVID-19 outbreak.

Since March 15, the department said it has processed nearly 3.7 million claims -- paying out $14.6 billion in benefits to more than 1.9 million claimants. Much of that money -- $11.5 billion -- came from the federal government.

Under pressure, the governor ordered the department to install additional servers and to hire hundreds of temporary staffers to accommodate the deluge of calls.

With the state's unemployment rate in July at 11.3%, more than 1.1 million Floridians remain out of work and the system continues straining to keep up.