Farmers switching to hemp across Florida

Farmers across Florida are watching those who jump in early to growing hemp. In Polk County, Hook-R Farms is planting a second crop.

ALTURAS, Fla. - Now that it's legal - again - to grow hemp in Florida, farmers are wasting no time getting plants in the ground.

On Friday, workers at Hook-R Farms in Alturas began planting thousands of hemp plants after harvesting their first crop a few weeks ago and sending it to Miami for processing into CBD.

But hemp is much more than oils. It can be used to make everything from flooring to fabric to paper to concrete.

Hook-R Farms is one of two pilot projects in the state aimed at sizing up hemp as an alternative crop.

“I am talking with strawberry, blueberry and citrus growers,” said Green Earth Cannaceuticals CEO Scott Burgett, who is in charge of the project.

Burgett says hemp should be of special interest to citrus growers who have been plagued by potentially fatal citrus greening for years. 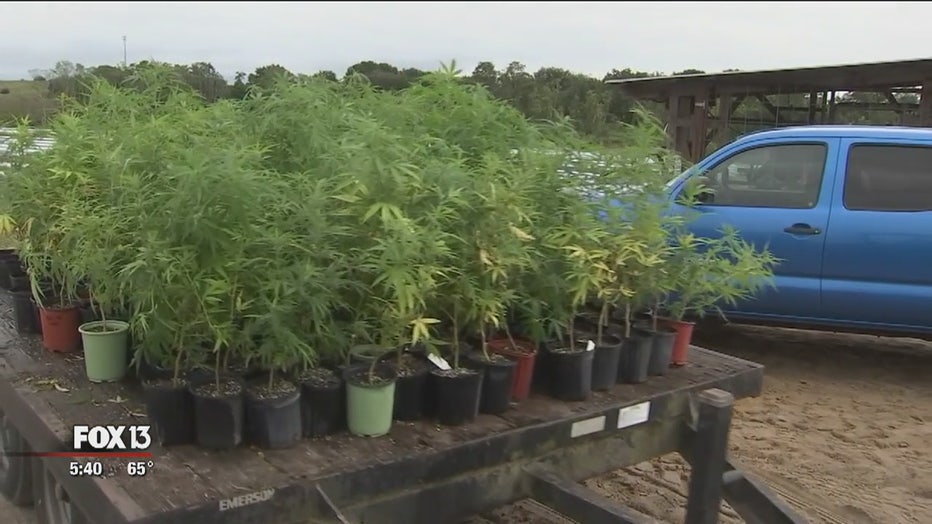 This is more of a return than a beginning for Florida's hemp industry. But because it is from the same family of plants as marijuana, it was made illegal, despite not containing THC, which is what makes marijuana users high.

“Hemp and marijuana are completely different,” said Bo Snively of the Florida Hemp Growers Alliance. “Medical marijuana is the plant that gets you stoned or high, as people know it. Hemp does not.”

The push to grow hemp in Florida really gained momentum when the newly-elected commissioner of agriculture, a former hemp lobbyist, created a new position, the director of cannabis. Holly Bell, now jokingly known as the mother of marijuana or the state’s new cannabis czar, is working to set up an infrastructure to grow the industry that grows the plants.

The new crop of hemp at Hook-R Farms should be ready to be harvested in about two months.