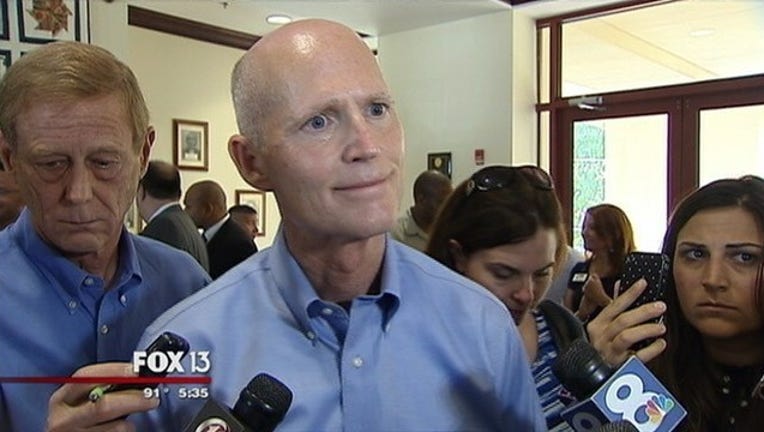 He's not actively helping out the Republican Party of Florida. The governor's recent budget vetoes angered Senate Republicans and he's at odds with other statewide elected officials.

There are questions about his relationship with Lt. Gov. Carlos Lopez-Cantera since Scott didn't rely on the former legislator to help with his agenda this past spring.

This year's battle over the budget damaged the governor's ability to win approval of his top priorities and his campaign promises.

Scott's not answering questions about the increasing tensions. But some Republicans say they can't build a relationship with the GOP governor.