Seniors and veterans are next in line to get COVID-19 vaccines in the state of Florida.

TALLAHASSEE, Fla. - The first shipment of the Moderna vaccine arrived in Florida on Monday, with more doses on the way, plus another round from Pfizer. Given the size of the senior population in the Sunshine State, Governor Ron DeSantis says he wants to see more seniors get the COVID-19 vaccine first.

"Our vaccines are going to be targeted where the risk is the greatest, and that is our elderly population," he said Tuesday. "We are not going to put young, healthy workers ahead of our elderly, vulnerable population."

The CDC has recommended vaccinating seniors who are 75 years old and up, along with essential workers in the next round of vaccinations. However, it's the states themselves that get to decide how they prioritize who will get the vaccine first.

The governor said it would be a mistake to prioritize essential workers, which include first responders, educators, corrections officers, transit, food services, and agricultural workers, over portions of the population with the most severe reactions and the highest death rate from COVID-19. Because of this, he said he wants to see seniors over the age of 70 get the vaccine first.

Seniors get next available vaccine doses

He said it's a policy he doesn't feel will be controversial either.

"It’s something that’s very important and it means a lot to me that we’re putting our parents and grandparents first," he said Monday. "If you took a 25-year-old deputy anywhere in Florida and said, 'I have one vaccine do you want it or should we give it to this 70-year-old?' I think 9/10 they’d say, 'Give it to the grandparents.  Give it to the parents.'" 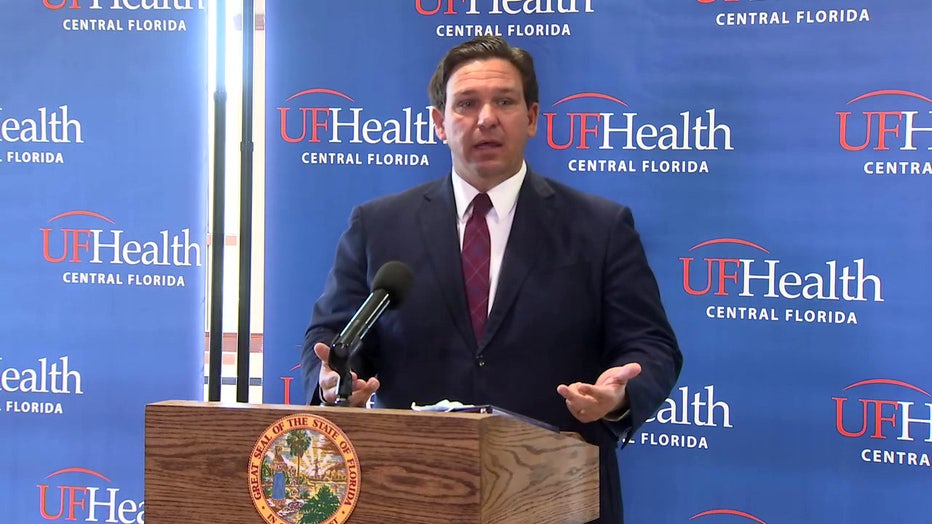 Nearly 3.2 million people in Florida are over the age of 70, according to the 2020 census. So far, more than 43,000 hospital workers and nursing home residents have received the vaccine in Florida.

This week, the state is expecting about half a million more doses.  In the Bay Area, thousands of frontline workers in hospitals, along with residents and staff in nursing homes have received their first doses.

Gov. DeSantis said with hundreds of thousands of doses on the way this week and up to two million doses by January, he wants to start protecting all people over the age of 70.

The first shipment of 61,000 Moderna vaccine arrived in the state Monday with hundreds of thousands more vaccines coming this week to hospitals across the state.