TAMPA, Fla. - Nothing makes Jason Herbert come alive like a great story. He's a high school history teacher at the Pine School in Hobe Sound by day, but when the lights go dim and the screen comes alive, he has truly found his calling.

"I imagine myself, in a lot of ways, as some guy sitting at a campfire thousands of years ago," Herbert told FOX 13 News.

If today's campfire is Twitter, he is the one saying, 'gather round.'

"You can't just deliver lines, reading from a textbook," he said. "You've gotta dig in and show people that what happened, matters."

Every Sunday night at 8:30 Eastern, from the handle @herberthistory, he tweets that it's time to start watching. And all across the internet, people -- it's unclear how many -- press play on the movie he picked for that week. They follow along at #HATM, or "historians at the movies."

They ask questions while he and other historians pipe in. Sometimes even the writers themselves are in on the conversation.

"It allows us to reach a much larger audience than we ever would, right?" he said.

"Gangs of New York," "Lincoln" and "National Treasure" get real-time context, tweet-by-tweet, from the experts.

For instance, "Gangs of New York" came with pictures of movie set locations, explanations of how the gangs formed, book recommendations and corrections of dramatic license.

No, Jason Herbert told a fellow-viewer, ships did not fire on the city from the water. There were more than 800 #HATM tweets for "Gangs of New York." 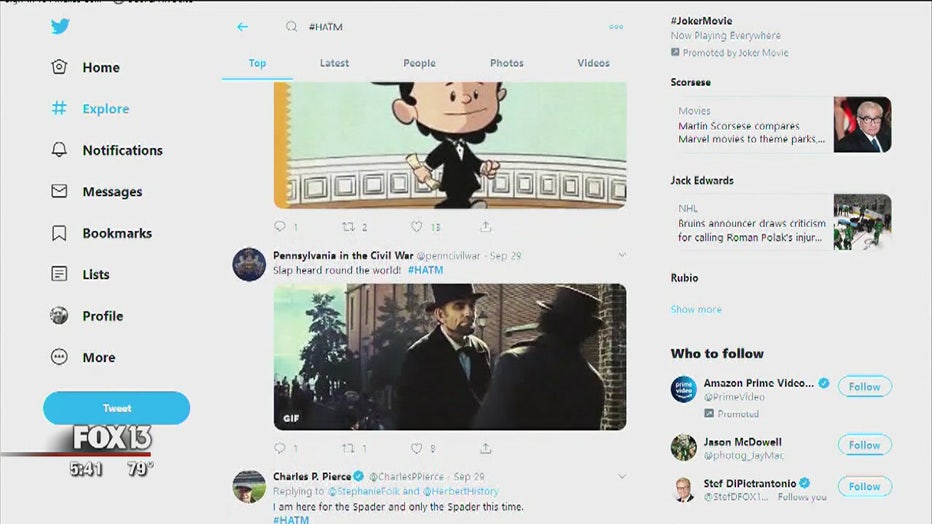 "Historians are guardians of the past, in a lot of ways," said Herbert. "We can look at a situation and say, 'Wait, we have seen this before.'"

Since mid-2018, more 65 movies and documentaries have gotten the #HATM treatment.

The movies don't even have to seem historical to be shown. Of course, they all are, in some way. "Jaws" and "Into the Spiderverse" have their own, real-life backstories.

"We can use these movies for fun," he said. "And then we can use them as a vehicle to talk about these larger issues."

"Into the Spiderverse" is really about family. "Jaws" is about the danger of widespread fear. "Star Wars" is Herbert's favorite non-historical, historical movie.

"This is your classic, good-versus-evil film. What does 'Star Wars' tells us about the ways in which we view how the world should work?" Herbert offered.

The classic college professor question is: So what? What do we learn from all of this?

Herbert says movies are the quickest and most searing way to show where we've been, and where we're going. 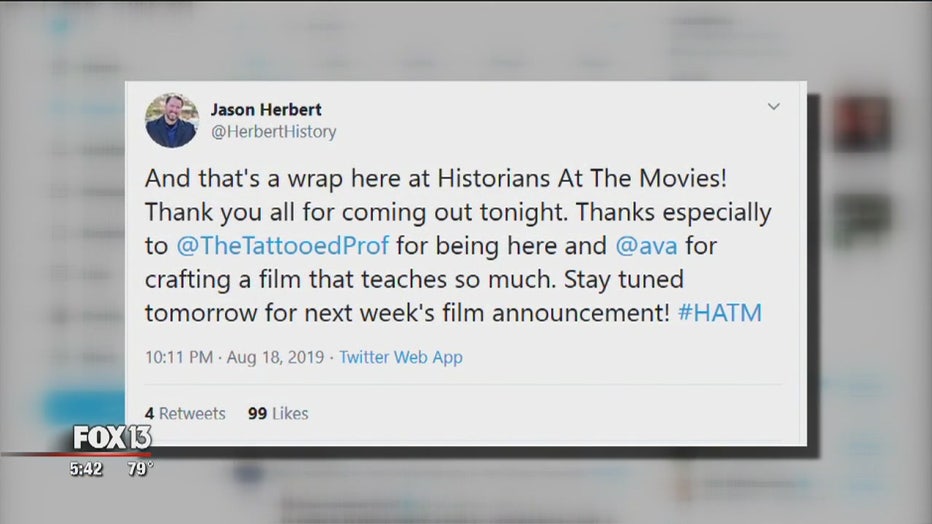 "When you make so many turns on the road, pretty soon you're looking for signs on the road, and that's what historians can help do, provide signs as we are driving down a path to society, maybe help us get there," he said.

Not bad for a night in with a movie, a smartphone, and something to say.

Anyone can follow along with Historians at the Movies at #HATM. It starts every Sunday at 8:30 p.m. Eastern, anywhere you can connect to Twitter.