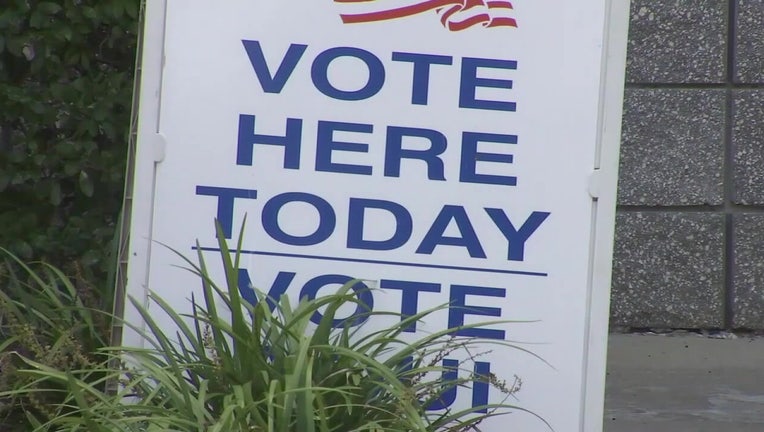 TALLAHASSEE, Fla. - With two days left to reach agreement with the Senate, the Republican-controlled Florida House on Wednesday approved a major elections package that includes placing additional restrictions on voting by mail.

The attempt to change elections laws is one of the most-controversial issues of the 2021 legislative session, which will end Friday. Republicans contend changes are needed to ensure election security, while Democrats say the proposals are a partisan power grab.

"Why can’t we just let the people vote?" Rep. Dotie Joseph, D-North Miami, asked at one point during a lengthy, sometime-heated debate Wednesday.

But Republicans said that, while Florida had smooth 2020 elections, lawmakers need to make changes to make sure the state doesn’t face future problems. They disputed that the proposal would limit voting.

Florida lawmakers have just a few days left before the end of the legislative session with a few more bills on the table.

"This bill does everything to continue integrity in our process," House Public Integrity & Elections Chairwoman Erin Grall, R-Vero Beach, said.

House members voted 77-40 along party lines to approve the bill (SB 90). While the Senate passed the bill Monday, the measure will have to go back to the Senate because the House made changes.

Senate Ethics and Elections Chairman Dennis Baxley, R-Ocala, indicated Wednesday he was confident the House and Senate will work out the differences.

"We are already doing some calculations about where we might be able to meet, and where these two bills may still be different a little bit," Baxley said. "But I think we have a very high prospect of working that out very quickly."

But Rep. Joe Geller, D-Aventura, said both versions are unacceptable.

"We’re stuck between a rock and a hard place because neither one is desirable," Geller said.

The House and Senate proposals focus heavily on the state’s no-excuse vote-by-mail system, a process that’s been in place for more than two decades. GOP-led legislatures throughout the nation are considering or passing measures aimed at curtailing voting by mail following former President Donald Trump’s election loss to Democrat Joe Biden in November.

Amid the COVID-19 pandemic, more than 4.8 million Floridians voted by mail in November, including nearly 2.2 million Democrats, 1.5 million Republicans and more than 1 million voters with no party affiliation, according to the state Division of Elections.

While Republican leaders contend that vote-by-mail changes are necessary to ensure against fraud, Democrats say the argument is reinforced by the "big lie" spread by Trump and his allies that the presidential election was riddled with problems in other states.

One of the most significant differences between the House and Senate proposals has centered on the use of mail-in ballot drop boxes, which became a flashpoint in last year’s elections when elections supervisors clashed with Gov. Ron DeSantis’ administration over where boxes could be placed and whether they needed to be manned at all times.

Under the House proposal, elections supervisors would be allowed to use drop boxes during early voting hours, if the boxes are staffed by employees of the supervisors’ offices. Supervisors would have to announce the locations of the drop boxes no later than 30 days before elections and would not be allowed to change the sites once they have been decided. The Senate’s measure contains similar provisions.

But the House measure also would require that people who submit ballots at drop boxes show identification proving that the ballots are theirs or meet what critics say would be cumbersome requirements for dropping off other people’s ballots.

Opponents contend the House drop-box requirements could create roadblocks outside early voting sites and impose an additional workload and cost burdens on supervisors during what can be a hectic period leading up to elections.

The state’s elections supervisors have said that many vote-by-mail changes included in the House and Senate proposals are unnecessary.

During the debate Wednesday, many Democrats argued that the vote-by-mail changes would harm minority, disabled and senior voters. Black Democrats pointed to a history of voter suppression in Florida.

"This bill is the revival of Jim Crow in this state, whether the sponsors admit it or not," Rep. Omari Hardy, D-West Palm Beach, said.

But Republicans said it is an incremental approach to improving the election process.

"This is a good bill. Put the hyperbole and demagoguery aside and vote up," Rep. Cord Byrd, R-Neptune Beach,  said.

The House proposal is sponsored by Rep. Blaise Ingoglia, a Spring Hill Republican who is a former chairman of the state GOP. Ingoglia also shepherded a 2018 elections package that first authorized the use of mail-in ballot drop boxes.

Florida supervisors encouraged voting by mail and the use of drop boxes to comply with social-distancing measures in November, as COVID-19 continued to rage throughout the state.

Among other proposed changes, the House and Senate would require supervisors to allow candidates and political party officials to be close enough to observe county canvassing boards’ scrutiny of ballots, an issue that arose in other states and which experts say could lead to challenges of mail-in ballots.