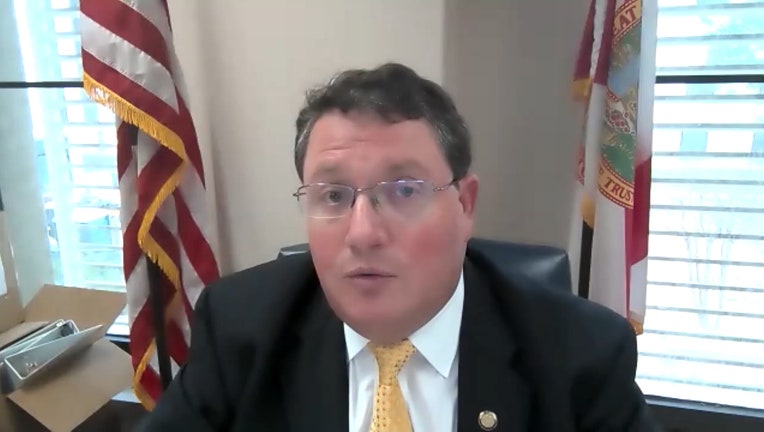 TALLAHASSEE, Fla. - A Florida lawmaker is preparing legislation that would force state and local governments to boycott Twitter, Facebook, Apple, Android and Amazon as a reaction to President Donald Trump being banned from social media.

Republican Rep. Randy Fine made his plans known in a letter to Republican Gov. Ron DeSantis and the independently elected Cabinet in which he also asked them to divest state investments in the companies. He posted his letter on Twitter and Facebook.

"If the President of the United States can be silenced by these companies, then so can anyone," Fine wrote. "It is clear that Twitter and Facebook are engaged in one-sided viewpoint discrimination targeting conservatives."

He said the bill he is drafting would prevent any government money be spent on advertising, services, or any product or equipment produced or sold by the companies.

RELATED: ‘I believe this was the right decision’: Twitter CEO Jack Dorsey speaks out on Trump ban

In addition, Republican Sen. Danny Burgess has filled a bill that would require social media companies to give notice to account holders within 30 days of the deactivation or suspension of an account explaining why the action was taken.