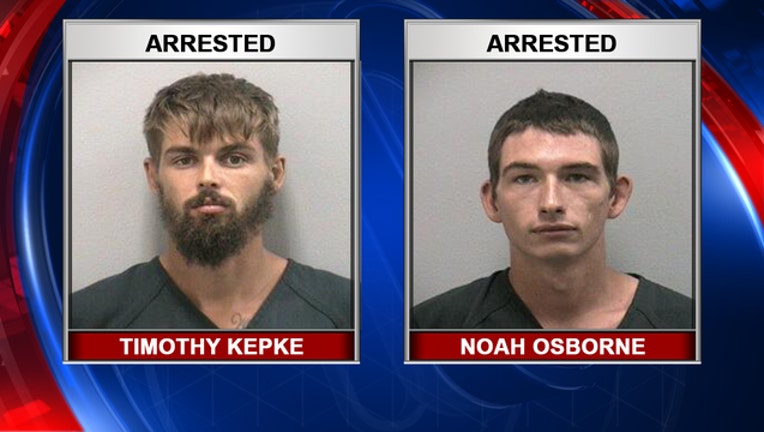 PALM CITY, Fla. - Two men were arrested in Martin County, accused of taking an alligator and pouring beer in its mouth.

According to Treasure Coast Newspapers, 27-year-old Timothy Kepke and 22-year-old Noah Osborne were arrested on October 3 for unlawfully taking an alligator. Florida Fish and Wildlife Conservation Commission officials began investigating after they received a report about Kepke enticing the alligator to bite his arm.

Beer was also poured into the alligator’s mouth, which aggressively reacted afterwards, according to the newspaper. The pair released the alligator back into the water.

Apparently, it was all recorded on video. FWC officers went to Kepke’s home on September 17, when he admitted to being the individual in the video, reports TCPalm.com. Osborne caught the alligator with his hands along Ranchwood Street in Palm City on August 26, according to a report.

Kepke told officers he tried to get the alligator to bite him and gave it beer, the newspaper reported, and was still alive when they released it, he added.