Florida man fights off bear to save his dogs

A Daytona Beach man fought off a black bear that charged into his porch and tried to attack his small dogs. The bear bit and slashed Walter Hickox on his back and arms as he managed to push the bear outside and save his pups.

DAYTONA BEACH, Fla. - People will do anything to protect their family --- which sometimes includes furry pets.

Earlier this week, Walter Hickox was injured by a bear that was attempting to enter his Daytona Beach, Florida, property through the porch.

The entire scene was captured by a Ring camera.

In the video, Hickox can be seen standing near the camera when a bear suddenly climbs through the door, lunging for his 12-year-old dachshund, Pepper. The shocked man quickly jumps into action and starts pushing the bear back out the door. 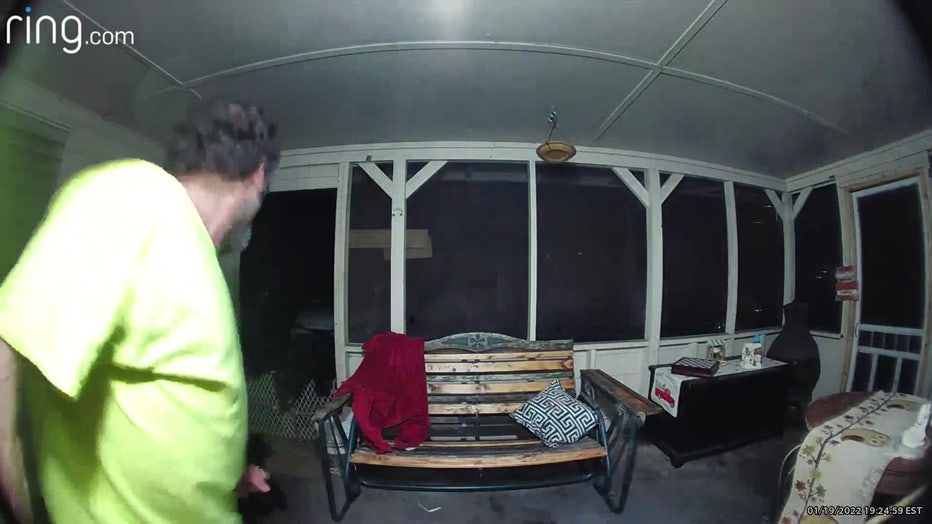 Walter Hickox's Ring camera footage shows the moment when the bear climbed over the dog gate and lunged at his 12-year-old dachshund, Pepper. (WalterHickox.com via ViralHog)

The animal briefly starts to climb over Hickox’s back and appears to take a few swipes at the man. After finally pushing the bear outside, Hickox quickly grabs a nearby bench and pulls it in front of the door.

He then runs into the house. During the incident, Hickox’s dogs are visible on the porch.

He spoke with local news outlet WFTV, saying, "Not a lot went through my head at the moment, other than what’s going to happen if he gets past me and into the house where the rest of my dogs and my wife was at." 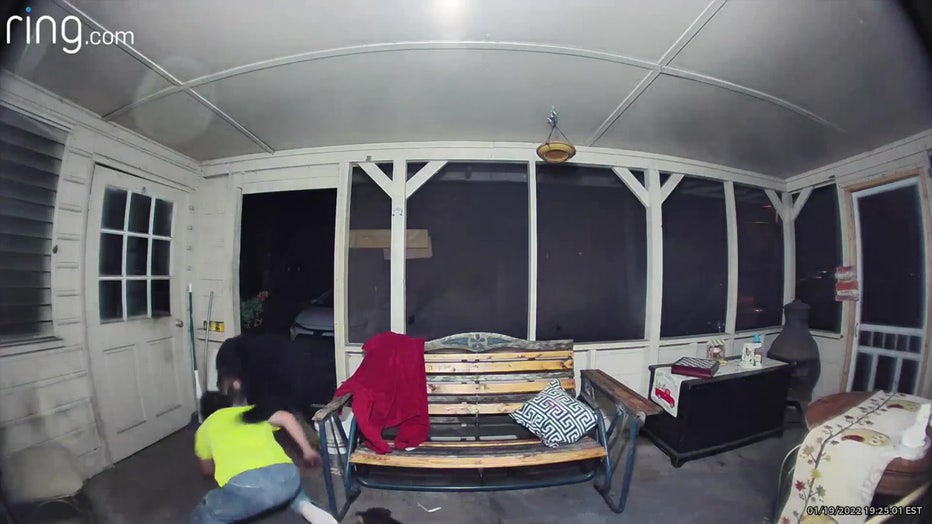 As Walter Hickox rushed to save his dog and push the bear outside, the animal bit and slashed him. (WalterHickox.com via ViralHog)

The Florida FWC (Fish and Wildlife Conservation Commission) issued a news release about the incident, writing that officers responded to reports that a man had been injured by a bear in Daytona Beach. Fortunately, the report states that the man received non-life-threatening injuries. Hickox suffered puncture wounds and slash marks on his back and arms from the bear's teeth and claws.

His dogs were not injured in the incident.

The FWC also reported that officers are searching for the bear. Since the bear poses a threat to human safety, if it is caught it will be humanely killed.