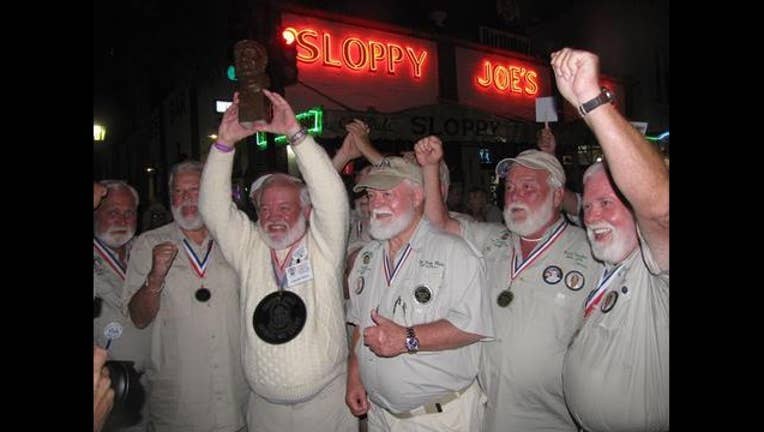 A white-bearded Florida man has won the "Papa" Hemingway Look-Alike Contest on his 15th attempt.

The contest attracted 122 entrants. It's a highlight of the annual Hemingway Days festival honoring the author's literary legacy.

During his Key West years, Hemingway wrote the novel "To Have and Have Not."